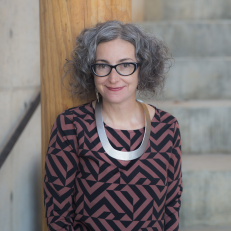 Since joining the film studies faculty in 2002, Marsha Gordon has taught courses on 21st Century Documentary Film, War Documentaries, Sam Fuller/Nicholas Ray/Douglas Sirk, Educational Film, American War Film, Women Directors, 1950s American Film, Hitchcock + Wilder, Studio Era Hollywood, Warner Bros. in the Golden Age, The Musical, History of Film to 1940, and Film + Literature. Her research interests include documentary; the Hollywood studio system; Sam Fuller, Ida Lupino, and other independent filmmakers of the 1940s and 1950s; orphan films, especially of the educational variety; and the intersections between film and other art forms, such as literature. She has been a fellow at the National Humanities Center (2019-2020) and a National Endowment for the Humanities Public Scholar (2020-2021).

She was the co-editor of The Moving Image (University of Minnesota Press) from 2009-2013, and is the co-founder of Home Movie Day Raleigh. She has also directed several short, award-winning documentary films.

Learning With the Lights Off: Educational Film in the U.S.. Co-edited with Dan Streible and Devin Orgeron.  Oxford University Press, January 2012.