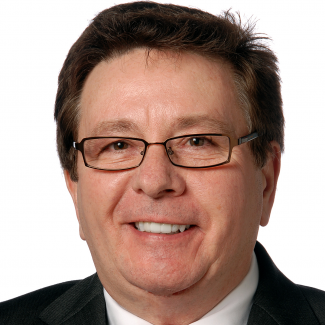 Berube has taught classes in film, popular culture, and science fiction. He coached intercollegiate debating for 20 years and won three national championships and was national coach of the year in 1994. He wrote NON-POLICY DEBATING in 1994, authored dozens of articles and chapters in applied debating, and consulted with the English Speaking Union (UK). He was a journalist for both Gannett and Knight-Ridder and has over 100 articles in print. He is an equity actor, a member of both the Author’s League of American and the Dramatists Guild and is represented by Artists and Artisans.

After promotion to full professor, Berube focused on science communication and has been the principal investigator or co-principal investigator for over $20 million in federal National Science Foundation grants to study risk communication and emerging technologies. In 2006, he published NANO-HYPE: THE TRUTH ABOUT THE NANOTECHNOLOGY BUZZ (Prometheus Press) recently translated into Japanese. He blogged on nanoscience for three years at http://nanohype.blogspot.com and has resumed. He speaks at national and international conferences on communication issues and public perception and understanding of nanoscience, emerging technologies, and toxicology. He has published over twenty articles and chapters on risk perception and the public sphere.

Berube served on the steering committee for the International Council on Nanotechnology. He served on the boards for the Association for the Rhetoric of Science and Technology, Lifeboat Foundation, etc. He was the national chair of the Risk communication Division of the Society for Risk Analysis. He worked with Ketchum Communications, The Gerson-Lehrman Group, and the the Food Products Association/Grocery Manufacturers Association, Kraft Foods International, etc.

Berube currently serves on two US government agencies: he serves on the RCAC (risk communication advisory committee) for the US FDA, the Board of Scientific Counselors (BSC) for the National Toxicology Program (NTP) of the NIESH/NIH.

Berube manages and owns the Center for Emerging Technologies, a LLC registered in North Carolina. It functions as a consultancy and recently completed a major contract to develop a social media presence with a multinational food corporation. CET consults with trade associations and industry emphasizing social media protocols.

Berube arrived on campus in January 2008. At NCSU he started PCOST Project. He is working with a team of scientists and engineers to develop a STEM-presence on campus that includes social sciences. He completed a multi-year grant themed on how the public intuits toxicology which will involve workshops, surveys and focus groups, and graduate assistant support. He hires students from his grant related budgets to work with him primarily in data analysis. His students publish with him regularly. He is currently working on projects involving synthetic biology and infectious diseases and coordinates the assessment and communication/outreach of a set of labs at Duke, UNC-Chapel Hill, and North Carolina State University.

In terms of professional service and outreach, Berube is a Special Governmental Employee. He serves on the Risk Communication Advisory Committee to the Us Food and Drug Administration and served as a member of the Scientific Advisory Board on the National Toxicology Program for the National Institute on Environmental Health and Safety and the National Institutes of Health.

Berube teaches undergraduate and graduate courses in both the BS and MS programs in Communication.

Berube directs PCOST and is a research fellow with the Center for Genetic Engineering in Society and an associated core faculty member in the the Climate Change and Society programs at NCSU.

Berube is a Member-at-Large for Section X of the American Association for the Advancement of Science.

PUBLICATIONS SINCE ARRIVING AT NCSU

“Other Public Communities. Stakeholder Perspectives on Perception, assessment, and Management of the Potential Risks of Nanotechnology.” Report of the National Nanotechnology Initiative Workshop September 10—1 1 , 2013. (Meeting held in 2013 but finally in print) DC: National Science and Technology Council. 2016. 4244.

“Constructing Texts in Fringe Science: Challenges in Propaedeutics.” Public Participation and Innovation Ecosystems for Convergence.” In POROI: Inventing the Future: The Rhetorics of Science, Technology, and Medicine. 9(1). 2013. Online http://ir.uiowa.edu/poroi/v019/iss1/16/. Accessed May 22, 2013.

Since arriving at NCSU, Berube has completed work on a NSF NIRT (a major 1.4M grant) as a PI with subawards to three other universities

Berube has completed work on a NSF CCE-STEM grant ($350K over 2 years) as a CoPI to integrated ethics into engineering education.

Berube is continuing work on a NSF NNCI grant ($5.5 m over 5 years) as a CoPI, member of the Executive Committee, and Director of Societal and Educational Implications of Nanotechnology for the Research Triangle Nanotechnology Network.

PRESENTATIONS SINCE ARRIVING AT NCSU

“Public Understanding of Toxicology.” Annual Meeting on the non-profit group, The Society of Environmental Toxicology and Chemistry (SETAC). RTP. February 5, 2015.

“Preliminary Analysis and Comparisons of Experts and Public Understanding of Risks and Benefits of Nanoparticles and Nanomaterials, S.Net (Society for the Study of Nanoscience and Emerging Technologies, Boston, MA., October 28, 2013.

“The Social Science of Science: Food and Public Communication” International Food Information Council Round Table on Risk Communication on April 7, 2011.

“French Protests Over Nanotechnology: Public Engagement and Lessons Learned” at the Society for the Social Studies of Science Annual Meeting, Tokyo, JP, August 25-29, 2010.

“Nanotoxicology and Public Perception” at the International Conference on the Environmental Implications on Nanotechnology, UCLA, Los Angeles, CA, May 1 1-13, 201 0.

“The Social Science of Science: An Introduction with Three Suggestions and Three Recommendations” at the International Food Information Council Meeting, Northbrook, IL, June 24, 2009.

“Public Understanding of Emerging Science and Technology: Eight Rules and Three Keys from the NanoExperience” at ILSINA 2009, Tucson, AZ, January 21, 2009.

Berube won the departmental Entman Award for Excellence in Communication Research in 2011 and the Graduate Teacher Award in Communication in 2014 and the college Scholar of the Year award in 2017. He has published over thirty articles, chapters, and book reviews since 2008.

Berube has been publishing articles in the social science of science over the last few years in journals including The Journal of Nanoparticle Research, Nanotoxi