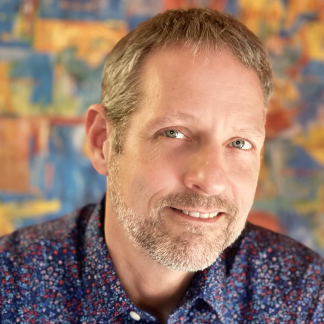 His expertise on Martin Luther King, Jr.’s “I Have a Dream” speech was featured on the Smithsonian podcast “King’s Speech” where he was in conversation with Kevin Young, Director of the Smithsonian’s National Museum of African American History and Culture. His research on MLK and Dorothy Cotton has recently been featured in New York Daily News, Our State Magazine, The News and Observer, The Conversation, WUNC News, Capital Tonight with Tim Boyum, and on The State of Things. Poet Kwame Alexander issued a nationwide writing challenge on NPR in 2021 based on his research.

His latest digital project is Backlash Blues: Nina Simone and Langston Hughes. New North Carolina connections between the poet and singer have recently been featured as the cover stories in both Asheville’s Mountain Xpress and NC State Magazine. He will serve as a Fellow at the National Humanities Center in 2022-23 to continue work on his forthcoming book documenting the relationship between the famous poet and jazz singer.

Complete with 36 photographs, his new biography on Langston Hughes is now available from the University of Chicago Press. It has recently been featured in the piece Langston Hughes: International Superstar.

His project “When MLK and the KKK Met in Raleigh” documents the KKK’s 1,800 person march down Fayetteville Street on the day Dr. King spoke in Reynolds Coliseum on July 31, 1966. Startling never-before-developed photographs have been digitized from original negatives. These were first displayed at a gallery exhibit at the African American Cultural Center and are now permanently available for view in the iPearl Immersion Theater at Hunt Library.

His previous book Origins of the Dream: Hughes’s Poetry and King’s Rhetoric traces Martin Luther King, Jr.’s use of Langston Hughes’s poetry in his sermons and speeches from 1956-1968.  This work is also the subject of a documentary film project currently being made in partnership with the Southern Documentary Fund.  The film project is highlighted as part of Experiencing King in an event headlined by actor Danny Glover.

His King’s First Dream project has made the first ever recording of Dr. Martin Luther’s King “I Have a Dream” speech available online at kingsfirstdream.com. This speech took place in Rocky Mount, North Carolina a full nine months before King’s famous speech at the March on Washington in 1963.  The project has received coverage on the CBS and ABC National Evening News, the BBC, The Rachel Maddow Show, and in USA Today  Articles have been published and translated on every continent.  Dr. Miller was also interviewed on NPR and live on CNN.

In conjunction with the film Plain Sense, and the annual Don Welch Teacher’s Conference, his online project the Don Welch Digital Archive is now live. Curated from over 5,000 pages of personal items, the archive features film, photographs, audio, poetry drafts, teaching lessons, postcards, and personal letters between the poet and figures such as William Stafford. One highlight includes a thirty-year correspondence with U.S. Poet Laureate Ted Kooser.

As a published poet, his work has appeared in such places as Poetry East, The South Carolina Review, and Smartish Pace.

Dr. Miller completed his undergraduate and MA degrees at the University of Nebraska at Kearney and his PhD at Washington State University where he served as the English Department’s Charles Blackburn Teaching Fellow. Jason served as the inaugural Scholar-in-Residence at the African American Cultural Center (2019-20). The Mayor of Rocky Mount named him an Honorary Citizen in 2017.

He earned the title Alumni Distinguished Undergraduate Professor in 2022 and was admitted into the Academy of Outstanding Teachers in 2017.

As a winner of an Alumni Outstanding Research Award, he was inducted into the NC State Research Leadership Academy in 2022.

He was both inducted into the Academy of Outstanding Faculty in Extension and Engagement and named an Alumni Outstanding Outreach Award winner in 2020.

Excerpt from the Documentary Film