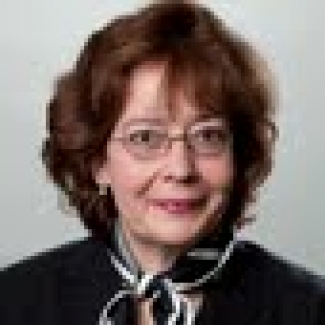 Laura Severin has worked for NC State University since 1984 as a faculty member and an administrator. She is currently serving as Department Head of English, where she is responsible for leading the promotion and tenure process, mentoring faculty, and managing the budget. Past administrative positions include: Special Assistant to the Provost, Associate Dean of the College of Humanities and Social Sciences, and Associate Head of English. In her faculty role, she teaches twentieth and twentieth-first century British literature and researches multimedia Scottish poetry. She has had a lifelong commitment to diversity and acted as co-PI on the University’s ADVANCE grant, intended to better recruit and retain women faculty and faculty of color, from 2008-2012.  She is a former ACE Fellow (class of 2011-2012), hosted by Duke University.

Numerous articles on twentieth-century and recent British literature, as well as administrative topics.

Dr. Laura Severin is the author of two books, Stevie Smith’s Resistant Antics (1997) and Poetry off the Page: Twentieth-Century British Women in Performance (2004), as well as a number of articles on twentieth-century and contemporary British literature. Her current scholarship focuses on multimedia experimentation in the works of contemporary Scottish women poets, including Kathleen Jamie, Jackie Kay, Liz Lochhead, and Valerie Gillies, around the topics of the environment and health.