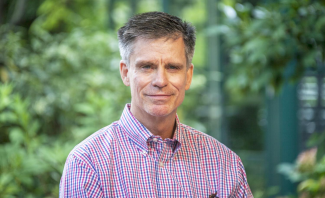 His current research projects include studies of Thomas Merton’s 1964 ethos of rhetoric in his “Letters to a White Liberal” (to be published in the Journal of Communication and Religion), President Barack Obama’s “Christian Realism” in his Dallas Speech commemorating the deaths of five Dallas police officers, dialectical tensions in the commemorative paintings of the German artist Anselm Kiefer, and social drama and scientific memory in failed medical clinical trials.

Teaches classes in rhetorical theory and criticism, ethics of communication, communication theory. His research interests include the study of presidential speeches about American foreign policy, the rhetoric of scientific argumentation, the rhetorical dimensions of visual communication, and the relationship between philosophy and rhetoric. He has published numerous articles in major scholarly journals, including the Quarterly Journal of Speech, Philosophy & Rhetoric, and Rhetoric & Public Affairs.