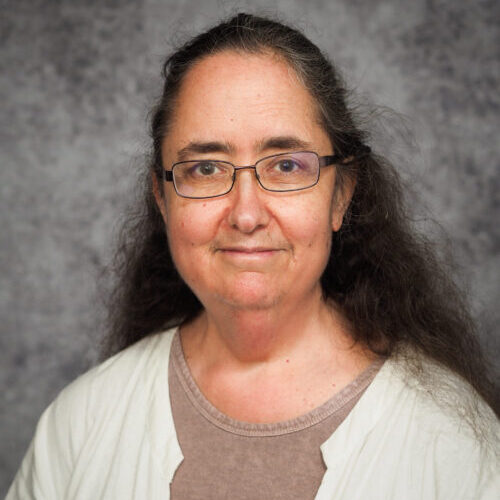 Jean Goodwin joined NC State in August 2016 as a Chancellor’s Faculty Excellence Program cluster hire in Leadership in Public Science. Goodwin, a professor in the Department of Communication, studies how scientists can communicate appropriately and effectively to non-expert audiences. She took her baby steps in research by examining how citizens who deeply disagree can nevertheless manage to reason with each other. The communication techniques she uncovered among ancient Roman orators and contemporary policy advocates have proved surprisingly relevant to the challenges scientists face when they try to earn trust in controversial contexts. Goodwin uses discourse analysis to tease out the ways outstanding scientist-communicators address difficult audiences on topics such as GMOs and climate change. She also uses conceptual analysis to connect these practices to broader theories of the responsibilities and roles scientists can undertake in civic life.

Goodwin received her bachelor’s degree in mathematics and her J.D. from the University of Chicago, and her Ph.D. in communication arts from the rhetoric program at the University of Wisconsin-Madison. In addition to more than 25 years in the classroom introducing undergraduates to the rhetorical tradition, she has mentored graduate students across a variety communication subfields and academic departments. Her essays have been published in international journals in communication, philosophy and the sciences. She has served as a consultant on initiatives by the American Association for the Advancement of Science and the Union of Concerned Scientists to define the appropriate roles of scientists as advocates.

B.A. Mathematics The University of Chicago 1979

civil argumentation on issues of common concern; communication of science to the public, especially on controversial topics; teaching argumentation and critical thinking; great speeches as a window to history; history and philosophy of communication