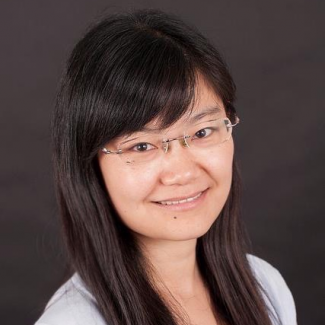 Duan’s book, Rise of West Lake: A Cultural Landmark in the Song Dynasty (University of Washington Press, 2020), examines how West Lake, a cultural landmark next to the city of Hangzhou, was conceptualized and contextualized from 800 to 1400. This study uses varying types of gazetteers and travel-focused visual materials to elaborate in what ways West Lake was a subjective and socially constructed site. It shows that while the Lake was built into the fabric of Hangzhou’s urban life both ecologically and economically, it was also captured rhetorically as idealized nature. This work reveals that the Song dynasty’s West Lake marked a significant moment in Chinese history during which the natural landscape moved from the periphery of the practice of power to become a critical element in the wider construction of cultural identity. This work was funded by the Hsiao Fellowship and the Hultquist Fellowship.

Her new research project, An Object of Seduction: Chinese Silk in the Early Modern Trans-Pacific Trade, is on the trade of Chinese silk to New Spain via Manila during the sixteenth and seventeenth centuries. This topic contributes to the discussion on the transforming nature of the Ming empire by investigating relations between state and society in the context of Pacific trade-centered globalization. Using local gazetteers, miscellanies notes, and correspondence, this research investigates the production, consumption, and regulation of silk textiles as they circulated through the social worlds and trade networks. This work was funded by NCSU’s Junior Faculty Development Award. The manuscript is contracted with Rowman & Littlefield Press in the series “Empires and Entanglements in the Early Modern World.” She is currently working on a teaching module based on this research project for History for the 21st Century.

Duan is currently working with Dr. Noboru Matsuda from the Department of Computer Science to develop a proactive map for Hangzhou’s West Lake, which is linked with a Global Positioning System (GPS). This map would include information including stories about the place, relevant visual images, and digital narratives that students crafted. The completion of this proactive map model will permit access for research and education purposes by both NCSU undergraduate and graduate students. We expect this platform to carry both real-world and pedagogical functions centered on “place studies.” This work is funded by the Non-laboratory Scholarship/Research Grant and the OPEN Incubator research grant and the OPEN incubator research grant. Check out two recently published webpage that is related to this project: Ten Views of West Lake and Naming Views of West Lake (Song -Present) (collaborated with history graduate student Sharon Zhan Zhang). *We are looking for both graduate and undergraduate research students who are interested in computer science, education, historical geography, map studies, and data science. Please contact xduan4@ncsu.edu for further details.

Xiaolin Duan and researchers from Carnegie Mellon Univ., Swarthmore College, and UCSB are applying for the NEH “Scholarly Editions and Translations Grant” to support our translation project on a thirteenth-century poetry collection One Hundred Poems on West Lake. We propose to make it available through a web-based gazetteer map. This platform could be used in Chinese history and literature classes, as well as classes that seek to compare urban experience in Europe and East Asia.

An Object of Seduction: Chinese Silk in the Early Modern Trans-Pacific Trade

In 2021, Duan made a educational video “Song Dynasty and Silk” for the OER World History Project. Check out https://www.oerproject.com/OER-Materials/OER-Media/Videos/1200/Unit2/Silk-and-the-Song-Dynasty

Dr. Duan works with students in premodern Chinese and East Asian history, and in the global history of tourism and place studies.