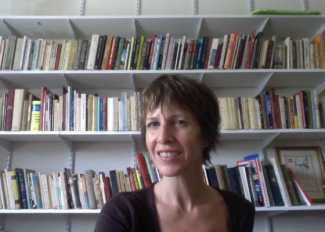 In March of 2012, my book called Collecting Mexico: Museums, Monuments and the Creation of National Identity was published with the University of Minnesota Press.  This project is an in-depth comparative study of the various forms of public collections of objects (monuments, paintings, archeology and statistics) that emerged during the political consolidation of Mexico and the modernization of Mexico City.

I have since published articles on the marketing of scientific discourses to middle-class women readers in 19th-century Mexican literary magazines and the collector’s logic in the poetry of Delmira Agustini, and have contributed a chapter titled “The Rise of the Cultural Institutions” to the recently published _History of Mexican Literature_ (ed. Ignacio M. Sánchez Prado, Anna M. Nogar and José Ramón Ruisánchez Serra, Cambridge University Press, 2016).

I am presently finishing another article on the intersections between Jewish and Mexican identities as represented in four recent documentary films.  My next project will center on the secularization of church landholdings in Spain and Mexico during the late 19th-century as represented in literature and art — specifically, the economic components of land tenure systems in various cultural projections.