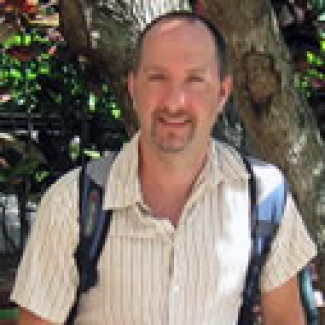 Most of the publications below are based on the Bilingual Chat Community, a collaboration between NC State University and the University of Puerto Rico at Río Piedras, which was in place from 2002 until 2007. The BCC brought together English speaking students of Spanish with Spanish speaking students of English in weekly bilingual chat sessions. The BCC was co-administered by my colleagues at the UPR, Dr. Emily Krasinski (emerita) and Dr. Alicia Pousada.

Darhower, M. (2008). The Role of Linguistic Affordances in Participation in a Bilingual Telecollaboration. CALICO Journal 26,1.

This study provides a theory-driven account of community building in a bilingual telecollaborative chat setting. A symmetrical arrangement of 70 L1 English learners of Spanish and L1 Spanish learners of English engaged in weekly Internet chat sessions in small groups. The learning metaphors of communityand participation serve as the theoretical framework to describe linguistic and social behaviors and interpersonal relationships among participants in two ongoing chat groups, while at the same time discourse data are used to build upon theory of (virtual) community. Based on Brown’s (2001) classification of levels of online community, the findings illustrate the discursive construction of one community that reached the third, cooperation/camaraderie level, and another that struggled to maintain the second, membership level.

Challenges and expands upon the notion of community in the National Standards for Foreign Language Education. Providing discourse data from a bilingual (English and Spanish) chat community, I illustrate how the chat room environment becomes a community of learners with a rich social setting, which subsumes the remaining four Cs of the Standards. I also suggest that theCommunities standard be updated to make a tighter connection with the other four standards, placing all standards in a more social framework.

This article won the Outstanding Article of the Year Award presented by Sony, Inc. and the Computer Assisted Language Instruction Consortium (CALICO). It illustrates collaborative learner dialogue among fourth semester students of Spanish in the Internet chat room setting. This is the first article in which I utilized the Community of Practice (CoP) construct and became more interested in the CoP as a social environment and investigative framework.