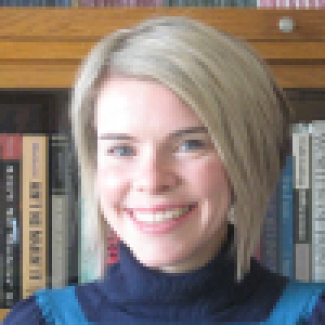 I am a sociologist specializing in how social inequality shapes experiences, opportunities and behavior within institutions and organizations, and how these dynamics spill over to influence other spheres of life.

I am particularly interested in power and inequality in workplaces, temporal changes in work organization and economic structure, and implications for emotional well-being, physical health, community well-being, and class, gender and racial inequality.

I also have longstanding interests in spatial inequality (especially as it relates to concentration of poverty and disadvantageous jobs in rural places) and social reproduction in families and schools (especially educational processes that reproduce class and racial inequality among young people).

At NC State, I enjoy teaching graduate and undergraduate courses on classical sociological theory, work, education, and youth. I have received awards for excellence in teaching at the university, college and department level.

My scholarly expertise centers primarily around implications of work and industrial structure for well-being among individuals and communities. Most of my prior research falls in one of three research streams.

One stream builds from research on the labor process – a body of literature focused on shifting methods of worker control as firms seek to increase productivity and limit worker resistance – to explore how control structures influence workplace experiences, relationships and behavior.In several studies, I explore patterns associated with complex combinations of control and extend known implications of stratification to include gender and class disparities in opportunities for dignity at work. In one study, I demonstrate that female work groups encounter more coercive combinations of control that in turn hamper opportunities for a rewarding work experience (Social Forces 2013). In another, I explore disparities by class – including emotional dimensions of workplace stratification rooted in demeaning and abusive treatment of manual and service-sector workers in coercive control contexts (Organization Studies 2012). In a related study, I explore implications for workplace relationships, investigating how and when coercive control structures generate hostility toward management and coworkers (American Behavioral Scientist 2014). More recently, I have broadened the focus to investigate the relative effects of alternative methods of increasing profits and productivity, including organizational practices that heighten job insecurity and signal disinvestment from employees. My findings show that investment in workers generates more favorable orientations toward jobs, managers and the firm and increases voluntary work effort, whereas layoffs and temporary employment erode workplace relationships and effort respectively (Research in the Sociology of Work 2020). Other projects in this vein focus on specific types of abuse or forms of control. One investigates the organizational foundations for sexual harassment – bringing together a range of theoretical perspectives to understand diverse causal forces underlying the likelihood of exposure to patronizing, taunting and predatory harassment (Work and Occupations 2008). In another, I bring together multiple theoretical perspectives on work teams (empowerment, panopticon and conflict theories) and show how they can be used in combination to explain the effect of teamwork on job satisfaction, workplace relationships and worker behaviors, including citizenship, sabotage and collective action (Economic and Industrial Democracy 2014).

A second research stream focuses on the context and nature of change in the organization of work and implications for the well-being of workers and firms. In one study, I make the case that “post-Fordist” changes in manual and professional work reflect an embrace of previously neglected principles of scientific management, and show that manual work has not improved as a result of workplace participation, but instead has become more stressful over time. Professional work has also deteriorated in several key respects – workplaces are more chaotic, coworkers less supportive, and workers less committed – reducing some of the advantages of professional versus manual employment (Social Problems 2010, reprinted in Working in America). In two additional studies, I investigate the changing nature of work relative to a societal shift toward neoliberalism (evident as firms prioritize maneuverability, limit employee claims-making, and reward pursuit of self-interested goals) and document costs accruing not only to workers but also to firms. In one, I argue that these practices undermine the informal relationships, norms and behaviors that underwrite productivity, and then demonstrate their association with effort restriction and quitting (Social Currents 2014). In another, I link neoliberalism to managerial practices that violate norms of trust, reciprocity and justice, and draw from a meta-analysis of work organizations to demonstrate linkages between managerial citizenship behaviors and outcomes directly tied to firms’ financial bottom line, including growth, productivity, profitability and earnings (Research in the Sociology of Work 2016). My research in progress delves more deeply into the effects of mismanagement, including implications for workers’ health, beliefs about inequality, and workplace behavior. One of these studies draws from criminological theory/concepts to investigate whether social and/or economic attachments (which limit deviance in social settings) reduce workplace resistance stemming from mismanagement. Analyses demonstrate that workplace attachments operate very differently compared to the social sphere – increasing unhappy workers’ tendency to engage in sabotage as individuals seek to enforce normative expectations regarding justice and reciprocity.

A third research stream broadens the scope of analysis beyond workers and workplaces to investigate how industrial shifts influence well-being in local communities, focusing on nonmetropolitan areas, which are particularly sensitive to macro-level change. Much of this research pertains to the formation of new Latino destinations in response to labor vacuums rooted in restructuring and economic concentration in the meat processing industry. Because my studies were among the first to quantitatively investigate these shifts, they have played an important role in answering key questions about a major force of change in rural America, and helped to debunk many long-term residents’ fears regarding Latino population growth. In one study, featured in series airing over two days on American Public Media’s Marketplace, I document that, contrary to many community members’ concerns, the arrival of Latino newcomers has not harmed aggregate economic well-being or quality of life, especially with regard to crime (in fact, new destinations experienced significantly larger reductions in rates of arrest for violent crime compared to non-destination communities) (Rural Sociology 2009). Another study addresses an influential claim that race/ethnic diversity hampers trust, discourages participation in local communities, and encourages individuals to “hunker down” at home – finding instead evidence of increased aggregate economic, civic and political vitality in new destination communities (Social Science Research 2019). Two additional studies investigate implications for Latino and African-American populations. One demonstrates that new destination residence helped lower odds of poverty among Mexican workers, especially immigrants (Family Relations 2006). Another demonstrates deterioration of new destination Latinos’ economic circumstances in the 2000s, and shows that, despite some long-term residents’ concerns that Latino newcomers would “take jobs” from members of more established minority populations, their presence has had virtually no effect on the aggregate economic well-being of co-resident African Americans (Social Science Research 2015).

Some recent and ongoing projects expand the scope to other industries and community impacts. Many of these are informed by literatures on class, race/ethnic and spatial stratification featured in my earliest research on poverty and education (e.g., Rural Sociology 2001; Social Science Research 2004; Social Science Quarterly 2005; Social Forces 2006). For example, I reviewed research on consequences of retail sector concentration for communities’ economic well-being and quality of life (Annual Review of Sociology 2019) and a current study documents the role of industrial decline in formation of the rural white underclass.

Crowley, Martha, Julianne Payne and Earl Kennedy. 2020. “Manufacturing Discontent: The Labor Process, Job Insecurity and the Making of ‘Good’ and ‘Bad’ Workers.” Research in the Sociology of Work 34:221-247.