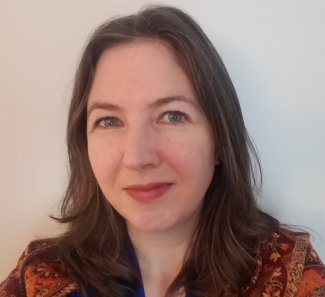 Dr. Foody is an Assistant Professor in the Department of Philosophy and Religious Studies at North Carolina State University. She earned her Ph.D. from the University of North Carolina at Chapel Hill, an M.A. in Jewish, Islamic, and Near Eastern Studies from Washington University in St. Louis, and a B.A. in Sociology, Anthropology, and Religion from Carleton College. She was previously an Associate Professor of International Studies at the College of Charleston.

Her research focuses on the study of modern Islam, both as practiced by Muslims and as conceived by non-Muslims. Dr. Foody is specifically interested in how ideas about liberalism and secularism organize debates over appropriate Islamic practice and politics. She has published on Twentieth Century Muslim intellectuals in Iran, as well as media and Islamophobia, and “post-secular” pedagogies on US university campuses. Dr. Foody’s current book project examines a series of international attempts to stage Islam for liberal publics.

2016 Foody, Kathleen. “The Limits of Religion: Liberalism and Anti-Liberalism in Post-Revolution Iran.” Culture and Religion 17: 183-199.

2015 Foody, Kathleen. “Interiorizing Islam: Religious Experience and State Oversight in the Islamic Republic Of Iran.” Journal of the American Academy of Religion 83: 599-623.

2015 “Bringing Religion Back: From the War on Terror to the Secular Classroom.” Shifting Boundaries: Islam and the Humanities. Burlington, V.T.