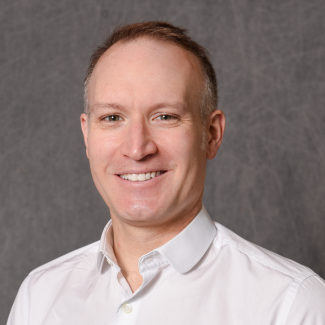 I am Professor and Director of Graduate Programs in the English department.

My research focuses on the global eighteenth century and world anglophone literature, especially literature produced within the British Empire. My book, Before the Raj: Writing Early Anglophone India, available from Johns Hopkins University Press, offers a new literary history for English-language writing in British Asia before 1820. An introduction to this argument can be found in PMLA. My previous book, Sounding Imperial: Poetic Voice and the Politics of Empire, 1730-1820, describes the close relationship between the evolution of eighteenth-century poetry, the creation of a British nation, and colonial expansion overseas. My research has been supported by the ACLS, the Fox Center for Humanistic Inquiry, the Whiting Foundation, and other organizations.

In addition to my scholarly work, I am also the Director of Graduate Programs at NC State English, where I am responsible for the recruitment, enrollment, retention, and graduation of approximately 130 graduate students across three programs (Masters of Arts; Masters of Fine Arts in Creative Writing; Masters of Science in Technical Communication). I have worked closely with department faculty and the Graduate School to increase these programs’ visibility and diversify their student populations.

I also write about professional issues in higher education, specifically about the value of the humanities, the creation of literary fields, how to apply for fellowships and grants, how to revise dissertations and publish academic books, and how to be a mid-career faculty member in Profession, The Chronicle of Higher Education, The Guardian, and the Journal of Scholarly Publishing that have been widely downloaded and read.

“The Past and Future of Historical Poetics: Poetry and Empire.” Literature Compass 17.7 (July 2020) (Read it here).

“An Indian It-Narrative and the Problem of Circulation: Reconsidering a Useful Concept for Literary Study.” MLQ 79.4 (2018) (Link to TOC here.) Winner of the 2019 Srinivas Aravamudan Prize, American Society of Eighteenth-Century Studies.

“Impersonating Islanders: Inauthenticity, Sexuality, and the Making of the Tahitian Speaker in 1770s British Poetry.” The Eighteenth-Century: Theory and Interpretation (2016). (Web copy here.)

“Measuring Literature: Digital Humanities, Behavioral Economics, and the Problem of Data in Thomas Piketty’s Capital in the Twenty-first Century.” Common-place (2016). (Read it here.)

“Connecting Eighteenth-Century India: The Translocal Poetics of William and Anna Maria Jones.” In Representing Place in British Literature and Culture of the Long Eighteenth Century: From Local to Global. (Ashgate, 2013).

“‘To Sing the Toils of Each Revolving Year’: Song and Poetic Authority in Stephen Duck’s ‘The Thresher’s Labour’.” Studies in Eighteenth-Century Culture (2004).

“Slow Down: On Dealing with Midcareer Burnout.” Profession (Winter 2020) (Read it here).

“It’s Time to Stop Mourning the Humanities.” The Chronicle of Higher Education (June 1, 2010). (Read it here.)

“Signposting and Frontloading.” The Chronicle of Higher Education (Dec. 5, 2008). (Read it here.)