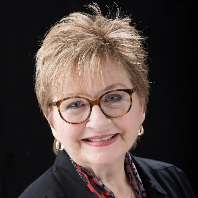 Dr. Patricia Mitchell has been an adjunct instructor with NC State University for the past nine years, teaching PA311 Public Policy Analysis & Evaluation. She is an Assistant Professor in the Department of Government & Justice Studies at Appalachian State University, teaching in the Master of Public Administration Program as well as an undergraduate course in NC Politics. She previously served as the Assistant Secretary of the NC Department of Commerce / Rural Economic Development Division 2013-2016. While at Commerce, she oversaw a number of rural grant and planning programs. She was appointed to a number of boards and commissions including Secretary’s designee on the State Water Infrastructure Authority at the Department of Environmental Quality (DEQ) and Governor McCrory’s Alternate on the Appalachian Regional Commission, a 13-state/federal partnership. She is a Past President of the NC Economic Development Association and is a member of the UNC School of Government (SOG) Foundation Board of Directors and a board member on their Development Finance Initiative. She is currently serving a 3-year term on ICMA’s Graduate Education Committee.

Pat was the County Manager for Ashe County NC 2011 – 2013, and their Director of Economic Development 2004-2013. Prior to working in local and state government, she taught in the MPA program at East Carolina University. When living in Georgia, Pat served a four-year term on a Metro-Atlanta Board of Education.