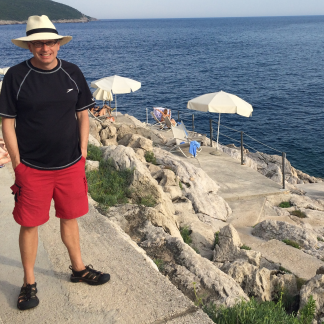 Jon Thompson is a Professor Emeritus of English at North Carolina State University where he frequently taught courses in twentieth-century/contemporary American and British literature. He maintains a particular interest in contemporary poetry and poetics. He did his Ph.D. at LSU and then came as an Assistant Professor to the English Department at NCSU. Before the Ph.D., he took a B.A. and an M.A. at University College, Dublin (his Master’s thesis was on the problem of communication in Robert Creeley’s poetry).

His current work comes out of his career as a poet, critic and editor. He is the founding editor of the international online journal Free Verse: A Journal of Contemporary Poetry & Poetics, launched in 2001 and also the editor of the single-author poetry series, Free Verse Editions, launched in 2005. His newest project is editing Illuminations: A Series on American Poetics: https://www.parlorpress.com/illuminations

I am the editor of the poetry series Free Verse Editions: https://parlorpress.com/pages/free-verse-editions

I also edit Illuminations: A Series on American Poetics: https://parlorpress.com/pages/illuminations-series

More on me can be found at my website: www.jon-thompson.com

* After Paradise: Essays on the Fate of American Writing (Shearsman Books, 2009)

*The Book of the Floating World (Expanded edition, Parlor Press, 2007)

Essays in journals such as Identity Theory, Massachusetts Review, Genre, Literature and History and Works and Days