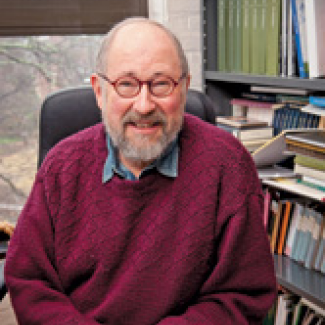 A native of North Carolina, Dr. Wall has been a member of the NC State faculty since 1973.

Dr. Wall is a professor of sixteenth and seventeenth century English literature, with special interests in Spenser, Donne, and Herbert. He is particularly interested in the literature of the English Reformation. He is engaged in a long-term digital humanities project to recrate the experience of worship and preaching at St Paul’s Cathedral in London in the early seventeenth century.

In addition to his scholarly research and teaching responsibilities in the field of early modern English literature, Dr. Wall has served the university by chairing its Reaccreditation Self-Study in the 1990s and by co-chairing the faculty committee that successfully petitioned the national Phi Beta Kappa organization to grant NC State the right to host a Chapter of Phi Beta Kappa. Dr. Wall also served as Founding Director of the University Honors Program in the early 2000’s.

Dr. Wall has twice been a Fellow of the National Humanities Center and on numerous occasions served as Visiting Scholar of the Folger Institute at the Folger Shakespeare Library in Washington, DC. In the early 2000’s he was a Visiting Fellow at Wolfson College of Cambridge University in the UK. He has has also received multiple grants from the National Endowment for the Humanities.

Dr. Wall was awarded the Holladay Medal for Excellence in 2003.

Dr Wall’s major research project is the Virtual St Paul’s Cathedral Project, funded by a grant from the National Endowment for the Humanities, which will enable us to experience worship and preaching at St Paul’s Cathedral and in Paul’s Churchyard as events that unfold over time and on particular occasions in London in the early seventeenth century.

In time, the project’s website will host a visual model of St Paul’s Cathedral and the surrounding churchyard, together with a recreation of worship for Easter Sunday 1624, with all the liturgical events of the day, including choir and organ music plus a sermon in the morning by Bishop Lancelot Andrewes and a sermon in the afternoon by John Donne, Dean of the cathedral.

For now, the site hosts the first phase of this project, the Virtual Paul’s Cross Project, which has already been completed. This Project provides the experience of hearing John Donne’s sermon for Gunpowder Day, November 5th, 1622 in Paul’s Churchyard, the specific physical location for which it was composed.

“Donne Preaching in Place: The Paul’s Cross Sermon and the Acoustics of Paul’s Churchyard,” as part of the conference Place and Preaching, St Paul’s Cathedral, London, September 6-7, 2013

“Virtual Medieval St Paul’s Cathedral” at a session of the Digital Humanities Seminar of the Institute of Historical Research at the University of London, February 18, 2014

“John Donne as Absentee Rector: New Light from the Archives” at the annual meeting of the Renaissance Society of America in New York City, March 29th, 2014.

Dr. Wall's fields of inquiry in his research and scholarship include early modern English literature, religion and literature, and the digital humanities.