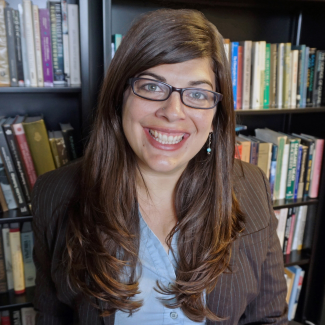 I am a bioarchaeologist that is interested in understanding people’s daily life in the past and how social, cultural, and environmental changes may have impacted their experiences. I analyze indicators from skeletal remains to reconstruct aspects of a person’s identity like age and sex, daily activities, health or disease indicators and then draw on other contextual or historical information to understand what it was like to live in a particular time or place. My recent co-edited volume, Exploring Sex and Gender in Bioarchaeology (UNMP, 2017) focuses on how bioarchaeologists can better understand how sex is analyzed from skeletal remains and how we can make more meaningful interpretations about sex/gender systems in different cultures.

My research has focused on Pre-European and Colonial Mesoamerica, with archaeological experience in Central Mexico, Honduras, and the Yucatan peninsula. I am particularly interested in how social and political changes associated with colonial life during the 16th, 17th, and 18th centuries caused a reorganization of daily activities, particularly in the urban capital of New Spain. For this work, I analyzed skeletal remains associated with the Hospital Real San José de los Naturales (HSJN), a royally financed colonial hospital established in CE 1553 to care for the local indigenous population in the historic downtown of Mexico City. My current research expands these studies on daily colonial life to other parts of the Spanish Americas, with a particular focus on the impact of changing demographics as a result of the trans-Atlantic and trans-Pacific slave trade.

Click here to schedule an appointment with Dr. Wesp during office hours.

Africans and their descendants in Colonial Mexico

This project reconstructs the daily life of people with African heritage that are part of the HSJN skeletal collection. Even though the hospital’s official designation was to care for the indigenous population, colonial society was much more diverse and mixed than it is often portrayed. In collaboration with Mexican colleagues, we are analyzing bioarchaeological, historical, and genetic data to better understand the diversity of Africans that were forcibly brought to New Spain and the role these people and their descendants played in colonial society. This project developed out of my Postdoctoral Research Fellowship from UC MEXUS/CONACYT.

This project is a collaboration with colleagues in Bogotá, Colombia to analyze the construction, funerary practices, and architectural remodeling of the Templo de San Ignacio, a 17th century Jesuit church. Located a block from the main plaza in the historic downtown of Bogotá, this church was one of the earliest to be built and continues to be in use today. In 2016 and 2017, we conducted excavations in various areas of the church and patio area during a planned architectural remodeling and retrofitting project and recovered a skeletal collection that totals over 100 individuals and well-preserved associated funerary textile remains.  We are currently conserving the textiles and conducting bioarchaeological analyses to better understand how funerary practices changed over time in this sacred space and the health and diet of the inhabitants of New Granada.

Interview with the Women in Archaeology Podcast, October 2018.

Faculty Affiliate with the Science, Technology, and Society (STS) Program

Ph.D. Anthropology with Designated Emphasis in Women, Gender, and Sexuality University of California at Berkeley 2014