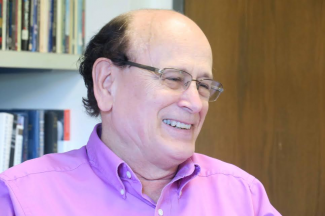 G. David Garson is full professor in the Department of Public Administration, School of Public and International Affairs, North Carolina State University, where he teaches courses on advanced research methodology.  He is founder of the Social Science Computer Review, which he founded in 1982, and is on the editorial board of five other journals.

Syllabi available at these course websites:

Earlier in my career I published over two dozen books and anthologies and four dozen articles, including in my former specialization, information management, but for the last several years I have concentrated on multivariate analysis and qualitative analysis, with titles ranging from monographs to full book length, which are some 50 in number. See http://www.statisticalassociates.com/booklist.htm