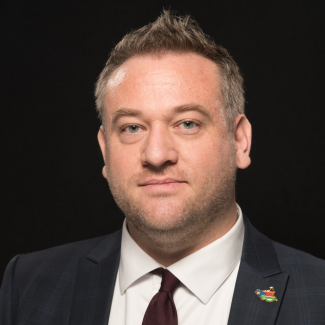 I am a cultural anthropologist focused on political and urban dynamics in Africa. My work explores how the idea of the state is imagined and made real in the context of South Sudan, where I have been doing ethnographic research since 2012, one year after it became the world’s newest nation-state. My research explores how ethnic identity, humanitarian governance, conflict, sovereignty, and ideas of the future manifest in everyday urban life in Africa. In doing so, I explore the persistence of the idea of the state in postcolonial contexts and a neoliberal moment that in many ways has become “post-state.”

I am currently revising a book manuscript, The Post-State State: Soverignty, Futurity, and Urban Life in South Sudan, and conducting two collaborative research projects. One project is a study of a small-scale money-transfer network with centers throughout northern and eastern Africa. The network is run by South Sudanese humanitarian professionals who aim to disrupt aid dependency by offering an alternative financial infrastructure to South Sudanese displaced by the ongoing political conflict in South Sudan. I use the network as a vantage point to understand the ongoing creation of communities of displaced South Sudanese and ways people generate new forms of work and exchange outside of state-driven directives and humanitarian governance. I am also continuing to collaborate with a Ugandan artist and art therapist I met while working with the Peace Corps in Uganda. I am documenting his visual representations of South Sudan and northern Uganda as well as his long-term use of art therapy among youth impacted by the Lord’s Resistance Army conflict.

As an Affiliate Graduate Faculty Member, I teach courses that carry graduate credit and advise students in the M.A. program in Anthropology.