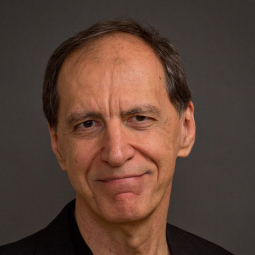 John Kessel is a professor of creative writing and American literature. A winner of the Nebula Award, the Theodore Sturgeon Award, the Locus Award, the Shirley Jackson Award, and the James Tiptree, Jr. Award, his books include Good News from Outer Space, Corrupting Dr. Nice, and The Pure Product.  His story collection, Meeting in Infinity, was named a notable book of 1992 by the New York Times Book Review, and Kim Stanley Robinson has called Corrupting Dr. Nice “the best time travel novel ever written.” With James Patrick Kelly he edited the anthologies Feeling Very Strange: The Slipstream Anthology;  Rewired: The Post-Cyberpunk Anthology; and most recently, The Secret History of Science Fiction.  His collection The Baum Plan for Financial Independence and Other Stories contains the 2008 Nebula-Award-winning story “Pride and Prometheus.”

His novel The Moon and the Other was published by Simon & Schuster in April 2017.

Kessel has taught at NCSU since 1982, and helped organize and served as the first director of the university’s Master of Fine Arts program in creative writing.

The Baum Plan for Financial Independence and Other Stories, Small Beer Press, 2008