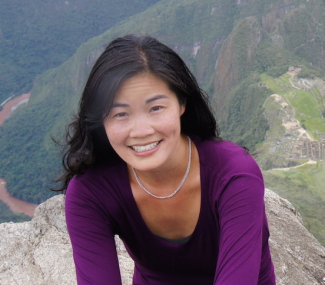 Associate Professor of History and Interim Associate Dean of IDS

Susanna Michele Lee is an associate professor in the History Department at North Carolina State University. She teaches classes on the history of Civil War and Reconstruction as well as the American South and nineteenth-century United States. She has taught at the University of Virginia, the University of North Carolina at Greensboro, Wake Forest University, and Duke University. Her book, Claiming the Union: Citizenship in the Post-Civil War South, was published with Cambridge University Press. She is currently working on two book manuscripts: one on the US-Dakota War and one on civilians in central Virginia during the Civil War. Lee also works in digital humanities, teaches a digital history class, and served as a project manager of the Valley of the Shadow: Two Communities in the American Civil War at the Virginia Center for Digital History. She received her Ph.D. in history from the University of Virginia.

—–. At the Center of War, 1859-1870: Homefront as Battlefront in Central Virginia during the Civil War and Reconstruction. University of Kentucky Press, under consideration.

—–. “Citizens and Traitors: Determining Loyalty in the Post-Civil War South.” In Citizenship and Identity in the 19th-Century South, edited by William A. Link and David Brown. Gainesville: University Press of Florida, 2013.

—–. “Reconciliation in Reconstruction Virginia. In Crucible of the Civil War, edited by Edward L. Ayers and Andrew Torget. Charlottesville: University Press of Virginia, 2006.