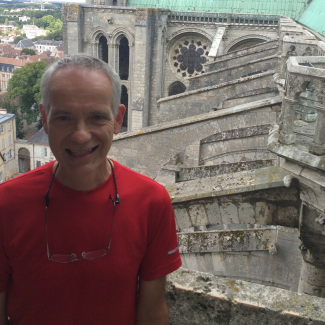 I received my undergraduate education from the University of Pennsylvania, earning a bachelor’s degree in electrical engineering.  I then worked at IBM, designing semiconductor memory systems for large computers.  I eventually found myself interested in a number of questions about the technologies I was working on which could only be answered by a historical perspective.  I left IBM, to study history,  earning a masters degree at Cornell and then a doctorate at Princeton.   I have been particularly interested in the movement of technologies and engineers across a variety of boundaries.  My first book, a history of the MOS transistor, the dominant semiconductor of our time, examined how it moved from East Coast research labs to Silicon Valley start-ups, such as Intel, and subsequently entered every area of American life.  My second book was a study of Indian graduates of MIT, showing the central role that MIT played in the technological imagination of a group of English language educated Indians.  I am currrently working on a study of the relations between the United States and French engineering education, looking at both the French students who studied in the United States and the role that the American system of engineering education played in France.

I am currently the director of the Benjamin Franklin Scholars at NC State, which allows engineering students to simultaneously pursue a degree in humanities or social sciences.

“Aligning India in the Cold War Era:  Indian Technical Elites, the Indian Institute of Technology at Kanpur and Computing in India and the United States,”  Technology and Culture 50 (October 2009)