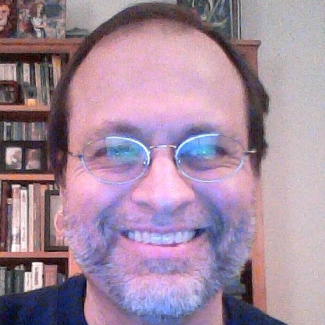 A native of Texas, Paul Colby came of age in the suburbs east of Denver, Colorado. He spent many hours combing the fiction shelves in the Cherry Creek High School library, trying to discover what great literature looks and sounds like.  This personal grail-quest eventually led to a Ph. D in American literature from Duke University. In the fall of 1995, shortly after receiving his degree, he began his career as an instructor in the N.C. State English Department.

Dr. Colby has developed a number of innovative teaching methods during his years in the First-Year Writing Program.  His genre approach to the teaching of academic writing makes it possible for him to use the close reading of narratives as a template for the analysis of field studies and literature reviews.  As part of his assignment sequence, he has introduced the practice of having students read a common literary work—Huckleberry Finn, Kafka’s The Metamorphosis, or “Bartleby the Scrivener”—so that they can raise their own interpretive questions and find their own answers to those questions in the text.  He reminds them that, in the act of textual interpretation, they have the same access to the evidence as the professional interpreters whose work they are encouraged to critically scrutinize.

In the literature classroom, Dr. Colby uses a Socratic method which he has been refining over the course of his career.  He begins with what his students already know from their solitary reading experience, then helps them deepen the experience by using their own ability to think, feel, and make connections.  As one student put it, “I liked how he did not focus mainly on the parts of each piece such as character development, theme, language, symbolism, etc., but incorporated all parts of the work into the discussions in order to give the student an opportunity to gain a greater understanding of the literature and its message.”  Another student spoke of Dr. Colby’s “great ability to encourage class participation through his questions and reforming of his questions.”  Yet another student summed up his experience in Dr. Colby’s class in this way: “He seems to like teaching this subject and is very comfortable in doing so, which went a long way in keeping me interested. I may become an avid reader now.”

For Dr. Colby, teaching writing and literature means sharing his own life with his students.  As one student observed, his style of instruction is both personal and authoritative:  “He cares about the material he teaches without being loud and overbearing. He commanded the respect of the people in the class without ever raising his voice.”

In recent years, Dr. Colby has pursued an alternate career as a fiction writer and playwright. His stories have appeared in a number of literary magazines, and his plays have been performed in the rural community where he lives with his family.

“How I Became a Boy” (novel excerpt), Pilcrow & Dagger, August/September 2015