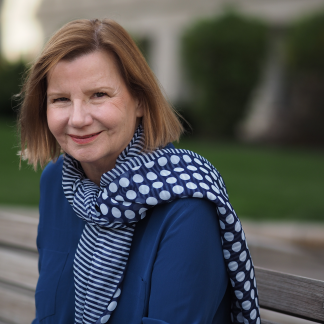 I am the author of Jimmy Carter in Africa: Race and the Cold War (2016) which was awarded the American Academy of Diplomacy’s Douglas Dillon Award, the Society of Historians of American Foreign Relations’ Robert Ferrell Prize, and the Choice Outstanding Book award.  My first book was The Danger of Dreams: German and American Imperialism in Latin America, 1895-1914 (1999).  I contributed the chapter on “The Cold War and Jimmy Carter,” in The Cambridge History of the Cold War (2010) and that on “The United States and Europe, 1900-1914,” in American Foreign Relations since 1600: A Guide to the Literature Online, (2007).  My articles have appeared in Cold War History, International History Review, Diplomatic History, Prologue, Journal of American History, H-Diplo, and H-Pol.  I was elected to the Academy of Outstanding Teachers at NC State.  My next project is an analysis of US foreign policy in the 1970s.

“Is Donald Trump Jimmy Carter, or is he Kaiser Wilhelm II?” in Robert Jervis, et al, eds., Chaos in the Liberal Order: The Trump Presidency and International Politics in the 21st Century (Columbia University Press, 2018)

The Danger of Dreams: German and American Imperialism in Latin America, 1895-1914 (Chapel Hill: The University of North Carolina Press, 1999)

“Turning Point 1916? U.S. Foreign Relations before and after the ‘Kept Us out of War’ Election,” The American Historical Association, Atlanta, 2016

“Jimmy Carter, the Cold War & Africa” and “Five Minute Insights” in the Krasno Lecture Series: “The US in World Affairs: the Cold War and Beyond,” The University of North Carolina at Chapel Hill, 2015

“Jimmy Carter and the End of UDI,” The Society of Historians of American Foreign Relations (SHAFR), Virginia, 2015

“Elation, Confusion and Fear: The First Decade of the Cold War,” OLLI, January 2015

“The United States, Germany, and the Atlantic in a Globalizing World, 1840-1914,” commentator, The Organization of American Historians, Minneapolis, March 2007

“In the Sands of the Ogaden,” at “From Helsinki to Gorbachev, 1975-1985: The Globalization of the Bipolar Confrontation,” The Cold War International History Project and the Machiavelli Center for Cold War Studies, Florence, April 2006

“Memory, Morality, and Realpolitik,” at “Rhodesian UDI: 40 Years On,” The Cold War Studies Centre of the London School of Economics, January 2006

Chair, Masters  (I list only those committees I have chaired.)

Patrick Bizieff,  Jimmy Carter and the Shah: US Foreign Relations with Iran a Year before the Fall of the Shah, 2019

Drew Wofford, “A Special Relationship in the Air: The Role of Civil Air Transportation in Foreign Relations Between the United States and Great Britain” (History, 2013)

Lauren Raper, “Blest be the Ties that Bind: The 1986 Montagnard Resettlement to Greensboro, North Carolina and the Reshaping of the Memory of the Vietnam War,” (History, 2009)

Norwood McDowell, “War Eagles: A Bird’s Eye View of 305th Bomb Group and the Eighth Air Force from the experiences of David C. Cox and Joseph B. Boyle,” (History, 2005)

Brad Helton, “Revolving Door War: Former Commanders Reflect on the Impact of the Twelve-Month Tour Upon Their Companies in Vietnam,” (History, 2004)

William Knapp, “The Colombian Drug Trade and the Threat to US National Security” (International Studies, 2003)

Stephen Harrison, “Jimmy Carter vs. Congress: The Debate over Rhodesia and the Rise of Jesse Helms” (History, 2000)

Drew Wofford, “History at the Speed of Sound: A Transnational Case Study of the Concorde Supersonic Transport as a Reflection of Critical Issues in Postwar Europe,” (University of Miami, 2020)

Brandon Libro, “The Great Game: The Carter Administration’s Response to the Soviet Intervention in Afghanistan Between December 24th, 1979 and January 4th, 1980” (2015)