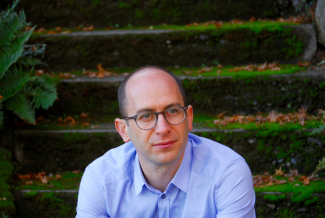 Noah Strote earned his Ph.D. at UC Berkeley in 2011 and has also studied at Columbia University in the City of New York and the Humboldt University of Berlin.  He offers lectures in modern European history and German history, as well as seminars in selected topics such as Fascism and National Socialism, imperialism, the Holocaust, and the Cold War.

Lions and Lambs: Conflict in Weimar and the Creation of Post-Nazi Germany (Yale University Press, 2017)

“Sources of Christian-Jewish Cooperation in Early Cold War Germany,” in Is There a Judeo-Christian Tradition (De Gruyter, 2016), 75-100