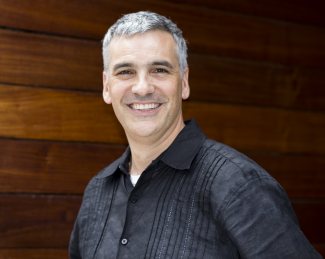 Prof. Booker is on leave through 2022 and will not be on campus.

A native of northern California, I descend from Maine businesspeople (by way of Bellingham, Washington) on my mother’s side and Virginia tobacco farmers (by way of Independence, Texas) on my father’s side. I have been through a variety of educational institutions, including an inner-city nursery school, grades K-8 in a tiny rural school, a suburban Catholic high school, the University of California at Berkeley, Hindu College at the University of Delhi, the University of Oregon, the University of Washington, and Stanford University. Before, during and between schools, I worked with varying success as a farm laborer, bus driver, wine server, carpenter, Forest Service grunt, landscaper, tile-setter’s apprentice, title insurance examiner, field ecologist, and newspaper editor.

My work examines the intersection between human beings and the natural world in North America. I study the boundaries of history, ecology, law and food production in urban and coastal spaces, using archival, digital humanities, and public history methods.

In 2019 Chad Ludington and I co-edited Food Fights: How the Past Matters to Contemporary Food Debates (UNC Press). In the volume, leading scholars offer historical perspective on our current food debates, from gendered expectations of home cooking to GMOs and industrial food. https://www.uncpress.org/book/9781469652894/food-fights/

My current book project is The Rise and Fall of the Edible City. This is a history of local food production within American cities during the industrial and urban revolutions of the late nineteenth and early twentieth centuries. The project began in a fellowship at the Rachel Carson Center in Munich, Germany in 2014, advanced at the National Endowment for the Humanities-funded Munson Institute on the maritime commons at Mystic, Connecticut, in 2016, as a fellow at the National Humanities Center in 2016-2017, and as an Alumni Fellow at the Rachel Carson Center in Munich in 2019.

My first book Down By The Bay: San Francisco’s History Between The Tides (University of California Press, 2013) investigates how Native American, Mexican, and American societies used and changed a remarkable natural and urban space, the San Francisco Bay and Delta. It was a runnerup for the 2013 Northern California Book Award and was reviewed in the Journal of American History, Environmental History, the San Francisco Chronicle, the Sacramento Bee, and in journals and newspapers as far afield as Australia.

With partners at the NCSU Libraries Special Collections and Genetic Engineering and Society Center at NCSU, I co-founded and lead an effort to archive oral histories of genetic engineering in agriculture. We launched in September 2017.

I co-founded and directed the Visual Narrative research cluster, an ambitious effort funded by the Chancellor’s Faculty Excellence Program that hired new faculty in four collaborating departments: History, Art+Design, Computer Science, and Electrical and Computer Engineering. The initiative builds on my longstanding interest in digital humanities, including relationships with collaborators at Stanford, UNC, Duke and the Digital Humanities Collaborative of North Carolina.

I am also interested in the causes and consequences of urban and suburban patterns of living, in using digital tools to analyze and map historical sources, in the history of agricultural technologies and the history of disease both as a physical reality and as a source of fear and spur to policy. Other projects include a a public science effort on the history and dispersal of sourdough, with Rob Dunn and Erin McKenney, both in the Department of Applied Ecology at NC State.

I also teach outside History. I regularly teach one of NC State’s first interdisciplinary courses, “Humans and the Environment,” as well as the senior capstone in Science, Technology & Society. I previously co-taught an interdisciplinary graduate seminar on new technologies (with Nora Haenn, Bill Kinsella, Andy Binder and Jason Delborne). In summer 2013 I co-taught a field course on managing endangered and invasive species on islands for incoming doctoral students in an NSF-funded interdisciplinary program (with Fred Gould, John Godwin and Eric Aschehoug). In fall 2013 I taught a graduate seminar in digital humanities offered simultaneously with courses at UNC (Bobby Allen) and Duke (Mark Olson). That course helped create the Triangle Digital Humanities Network, a regional coalition of practitioners and scholars working in the digital humanities.

In 2016 I began offering a course on the history of US agriculture at NC State for the first time in decades. Guest speakers have included Chancellor Randy Woodson and faculty from agricultural economics, applied ecology, crop science, entomology, archivists at NCSU libraries, community food activists, extension agents, and the Duke Homestead Historical Site. In the future I hope to offer courses in the history of cities and the history of North Carolina foodways.

In 2009 I was awarded the Lonnie and Carol Poole Award for excellence in teaching. In 2012 I received the College of Humanities and Sciences teaching award and was named to the Academy of Outstanding Teachers at N.C. State University. In 2018 I was named a University Faculty Scholar.

I am proud of my graduate students, all of whom have completed significant MA or PhD theses and gone on to PhD programs or rewarding careers.

2014 Stacy Roberts, “How We Have Forgotten: Chemical Strawberries and Their Archived Alternatives in the Nineteenth and Twentieth Centuries,” M.A., History (Chair)

2009 Zach Gillan, “Consumerism and Radical Protest in the 1960s: Students for a Democratic Society, the Black Panthers, and the Diggers,” M.A., History

2008 Gabriel Lee, “Constructing the Outer Banks: Land Use, Management, and Meaning in the Creation of an American Place,” M.A., History (Chair)

2008 L. Dean Bruno, “’Once a Home, Now a Memory:’ Dispossession, Possession and Remembrance of the Landscape of the Former Seneca Army Depot,” M.A., History (Chair)

2008 April Grecho, “From Knowledge to Management: Assessing and communicating the efficacy of sustainable resource education programs in the U.S.,” Ph.D., Forestry and Environmental Resources

2008 Neil Shafer Oatsvall, “War on Nature, War on Bodies: The United States’ Chemical Defoliant Use During the Vietnam War and Its Consequences,” M.A., History (Chair)

Since 2019 – Member of the Board, University of North Carolina Press

Since 2016 – Member of the Board, Forest History Society, Durham, NC

Since 2014 –  Faculty affiliate, Center for Genetic Engineering and Society, NCSU

Since 2004 – Departmental committees on curriculum, graduate admissions, budget, salary merit points, strategic planning, and research, as well as three successful search committees in the department, and co-chairing three in the Visual Narrative cluster

2017 – Matthew Booker and Kim Gilman, “Environmental Humanities,” in Andy Mink, ed. Humanities in Class: How to Think and Learn in the Humanities (National Humanities Center)

2017 – With Kim Gilman, “How to Think in the Environmental Humanites,” Humanities in Class, National Humanities Center

2007 – “Legacy of the Gold Rush,” Bill Lane Center for the Study of the American West, Stanford University

2006 – “Primary Sources in the Environmental History of San Francisco Bay: An Online Archive,” Bill Lane Center for the Study of the American West, Stanford University