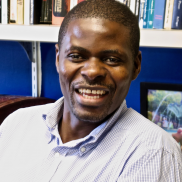 Assistant Professor of Political Science in the School of Public and International Affairs at North Carolina State University with a joint appointment in Africana Studies. Also, a research associate with the Centre for Basic Research in Kampala and Interim Secretary of Society for Justice and National Unity, a think-tank based in Kampala. In addition, I write a weekly opinion column for Daily Monitor, Kampala (www.monitor.co.ug).

Political settlements and the politics of revenue state capacity in Africa.

The changing nature of civil-military relations in Africa.

The politics of institutional transformation in Africa.

– Whose Africa is Rising, in Review of African Political Economy (June 2019).

– Shrinking Democratic Space? Crisis of Consensus and Contentious Politics in Uganda, in Journal of Commonwealth and Comparative Politics (June 2019).

– Politics of Exclusion and Institutional Transformation in Ethiopia, in Third World Quarterly (Feb 2019).

Comparative Politics and International Political Economy with a focus on Africa.