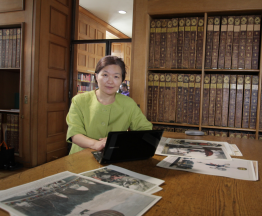 My research path during the past three decades has covered European history of chemistry from late 17th to late 19th century, part of which has been published as Affinity, That Elusive Dream: A Genealogy of the Chemical Revolution (MIT Press, 2003). By taking a close look at the practical and institutional evolution of eighteenth-century French chemistry, I present a much more complicated genealogy of the Chemical Revolution which is often regarded as the foundational moment for chemistry and modern laboratory sciences. This work was supported by a grant from the National Science Foundation.

My second book, The Imagined Empire: Balloon Enlightenments in Revolutionary Europe (University of Pittsburgh Press, 2016), deals with the creation of a mass public for science with the invention of the hot-air balloon in 1783. As a ‘sublime’ spectacle that drew a crowd of 200,000 to 400,000, the balloon ascension fundamentally transformed the meaning of the ‘public’ and introduced a new historical agency.

My current project, tentatively titled, Patriotic Enlightenment and Useful Sciences, is aimed at configuring a broad intellectual foundation for the French Enlightenment by linking it to the judicial and academic culture in the provinces.

Invited Participant in the Blumenberg Conversation on Astrobiology and Society at the Library of Congress, May 27-28, 2015 (which ended with a public forum, “Rethinking Life on Earth and Beyond: Astrobiology and the Role of Paradigm Shifts in Science and Human Self-Understanding, https://www.loc.gov/today/cyberlc/feature_wdesc.php?rec=6818)

Panelist in “The Theodora Experience: Sense and Sound from the 18th Century,”UNC Chapel Hill (Jan. 27, 2014), http://events.unc.edu/event/theodora/

“A People-Machine: Visualizing the Nation in Revolutionary France,” Univeristy of British Columbia (Nov. 6, 2018)

“Mobile Technologies of the sublime: the balloon and the Guillotine,” HSS conference, Toronto (Nov. 12, 2017)

“Artful Collectives,” in the Conference Colletions in Flux, Clark Library, LA (May 10, 2014)

Patriotic Enlightenment (in progress) has been supported by a Franklin Research grant (2004-5) and a Mellon sabbatical grant (2007) from the American Philosophical Society, and a residential fellowship at the Columbia University’s Institute for Scholars in Paris (Fall 2007).

The Imagined Empire (2016) was supported by the National Science Foundation (2010-12), the Humanities Research Center of Rice University, Texas (Fall 2009), and the National Humanities Center (2006-7).

Affinity, That Elusive Dream (2003) was supported by the National Science Foundation (2000-1) and the Edelstein Faculty Fellowship divided between Hebrew University and the Beckman Center at the University of Pennsylvania (now Science History Institute).