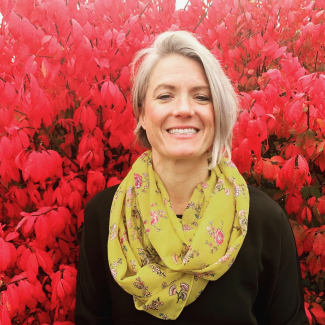 Dr. Brooks’ research focuses on Kafka’s absurdist treatment of authority across his corpus by analyzing his humor through the U.S. situation comedy Seinfeld, a topic she enjoys incorporating into her teaching. She also does extensive work in foreign language pedagogy, with a focus on project-based learning. In the last decade and before coming to NC State, she taught a range of German language curriculum from novice to advanced, including writing-intensive, conversation, and literature and cultural studies courses. Dr. Brooks also spent close to seven years living and working in the city of Bremen, Germany and goes back every chance she gets.

“No Disrespect: Kafka and the Soup Nazis,” No Respect: Jewish Humor around the World, UNC, February 29-March 2 2020, Wilmington, NC.

“The Impact of Language in School on Identity among the Old Order Amish in Pennsylvania,” Co-Presenter with Ines Martin: NeMLA April 3-6, 2014, Harrisburg, PA.