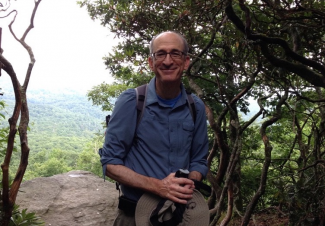 Keith Luria teaches surveys of European history from the Renaissance through the French Revolution and World  History.  The subjects he teaches in upper level classes include the history of the Protestant and Catholic Reformations, Early-Modern Gender history, and the history of early-modern France.

Territories of Grace: Cultural Change in the Seventeenth-Century Diocese of Grenoble. Berkeley: Univ. of California Press, 1991.

“Narrating Women’s Catholic Conversions in Seventeenth-Century Annam” to appear in “Gender and Conversion in the Early Modern World, eidited by Helen Smith and Simon Ditchfield.”

“Conversion in Early-Modern Europe: Personal Conscience, Confessional Affiliation, and Political Allegiance” in ‘Conversion and the Formation of a Catholic Identity in Early Modern Europe’, edited by Maria Craciun and Jörg Deventer (Brill)

“France: An Overview,” in A Companion to Multiconfessionalism in the Early Modern World, edited by Thomas Max Safley, Brill’s Companions to the Christian Tradition (Leiden: Brill, 2011), 209-238.

I study early-modern Europe, especially its cultural, religious, gender, and social history of France. I have examined these issues in two books, Territories of Grace: Cultural Change in the Seventeenth-Century Diocese of Grenoble (Berkeley, 1991) and Sacred Boundaries: Religious Coexistence and Conflict in Early Modern France (Washington, DC, 2005). I have also written on topics such as the history of popular culture, religious conversion, and Catholic missions. I am currently interested in the history of religious coexistence, missions in and beyond Europe during the early-modern period, the meanings of religious conversion, and the European encounter with non-European religions during the seventeenth and eighteenth centuries.