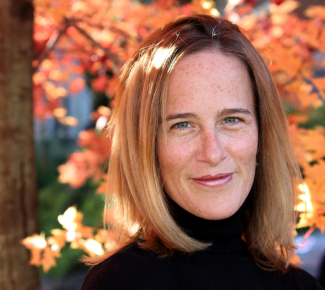 Katherine Mellen Charron is a native of North Carolina, and proud product of its public schools, who joined NC State’s History Department in the fall of 2007. She has taught classes on the civil rights and Black Power movements, southern history, U.S. women’s and gender history, the U.S. in the 20th century, post-1945 U.S. history, American history and memory, and research/methods classes for history majors. In 2011, she was inducted into the NC State Academy of Outstanding Teachers. In 2017, the College of Humanities and Social Sciences named her an Outstanding Undergraduate Professor.

She currently serves as a senior editor for the on-line Oxford Research Encyclopedia of American History and as a member of the editorial board of Southern Cultures.

2006-2007: Postdoctoral Fellow, The Center for the Study of the American South, UNC-Chapel Hill

Dr. Charron served as a Roads Scholar for the North Carolina Humanities Council from 2009-2019, giving many talks to community groups across the state under its auspices. In 2016, she received an Outstanding Extension Service award from the College of Humanities and Social Sciences.

In Raleigh and the Triangle, she has spoken at events sponsored by Burning Coal Theater; St. Ambrose Episcopal Church; Mary E. Phillips High School; the Literacy Council of Wake County; the Raleigh City Musuem; the Triangle chapter of United Nation’s Women; and the Durham chapter of the International Women’s Federation.

On NC State’s campus, she has presented talks for the Encore Program, the USDA, the Peace Lunch Forum, and D.H. Hill Library.

Internationally, she has co-led a week-long workshop on “Emancipation: African Americans and Women” with a group of professors in Belo Horizonte, Brazil.

Charron, Katherine Mellen, and David P. Cline, eds. “’I Train the People to Do Their Own Talking’: Septima Clark and Women in the Civil Rights Movement.” Southern Cultures (Summer 2010): 31-52.

Professor Charron works with graduate students with interests in race, gender, class, and culture in geographically distinct contexts in the 20th century U.S.*

*NOTE: Professor Charron does not serve as the adviser for any student unless they have taken a class with her.

Professor Charron is the Class Scheduler for the History Department.