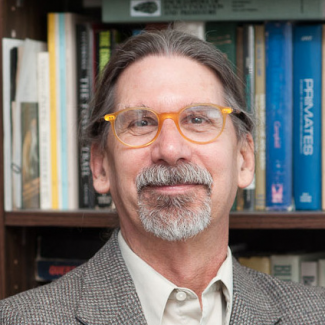 Originally educated as a biologist, I worked as a field ecologist in industry before my doctoral work. I received my Ph.D. in evolutionary biology from Cornell University in 1983, with a dissertation on the history of debates amongst evolutionists over Darwinian explanations of animals’ mimetic coloration. I was a National Science Foundation NATO Postdoctoral Fellow at the University of Leeds, investigating the history of genetics and ecology in twentieth century Britain. I came to NC State in 1986.

I teach courses on the history of biology (HI 481: History of the Life Sciences) and on the history of Darwinism (HI 482/582: Darwinism in Science & Society), and the history of science survey course (HI 322: Rise of Modern Science). I am a core faculty member in the interdisciplinary  W. M. Keck Center for Behavioral Biology.  With colleagues in biology, I periodically teach a reading course on Darwin for grad students.  I have also taught in the graduate MALS program, and served on its advisory committee.

In May 2006, I was named Alumni Distinguished Undergraduate Professor.

In 2016, I was named Outstanding Advisor for the College of Humanities & Social Sciences, and nominated for the University Faculty Advising Award.

My research interest is the history of evolutionary ideas, with an emphasis on the disciplines of natural history, ecology, genetics, and behavior. My work places the development of ideas and scientific practices within two types of context in particular. One is the formation of scientific disciplines and the disputes about authority and relevant evidences and methods. The other is the ways that controversies and consensus form as a scientific field becomes convinced of new ideas and research directions.

I’m currently working on two projects. One is a paper on how visual representations of the tropics contriubuted to ideas and understanding of tropical ecology. My larger project is an analysis of the reputation and representations of Charles Darwin as an icon of the idea and cultural impact of evolution.

Zahner Conservation Lecture, Highlands Biological Station, on “Amazonian Naturalists, Artists, and the Idea of the Tropics,” 2014.

American Scientist podcast, on “Images of Darwin and the Nature of Science,” 2010.

Science Café, NC Museum of Natural Sciences, on “Darwin and the Path to Discovery,” 2010.

If you’d like to hear a short discussion about Darwin and science, listen to the interview on WKNC (sorry, musical selections deleted).

Jackson, James R. and William C. Kimler. 1999. Taxonomy and the personal equation: The historical fates of Charles Girard and Louis Agassiz. Journal of the History of Biology 32: 509-555.

1998.  Evolution and the geosciences.  Sciences of the Earth: An Encyclopedia of Events, People, & Phenomena, pp. 238-43.  [Garland Encyclopedias in the History of Science].  New York: Garland Publishing.

2014. Review of Peter Bowler, Darwin Deleted: Imagining a World without Darwin, Chicago: University of Chicago Press, 2013. Reports of the National Center for Science Education, in press.

International Society for the History, Philosophy, and Social Studies of Biology, July 2011. Topic: Narratives and Visual Representations in a Persistent Vision of Tropical Abundance.