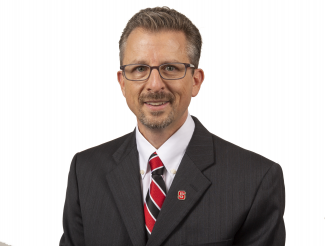 JERRELL D. COGGBURN is a professor of public administration in North Carolina State University’s School of Public and International Affairs (SPIA). His main research interests are in public human resources management and public management. His research has been recognized with the 2018 Jesse Burkhead Award for the best article published in Public Budgeting & Finance (Diebold & Coggburn, 2018), the 2010 Best Article Award from the American Review of Public Administration (Coggburn et al., 2010), and the 1997 William E. and Frederick C. Mosher Award for the best Public Administration Review article written by an academic (Jacoby, Schneider & Coggburn, 1997). Coggburn serves on the editorial boards of the Review of Public Personnel Administration, Public Personnel Management, and Public Integrity. Coggburn is a past chair (2007-11; 2012-2019) and director of graduate programs (2007-2009; 2013-2019) of SPIA’s Department of Public Administration. From 1999-2007, he was a faculty member at The University of Texas at San Antonio where he served as MPA director (2001-2004) and department chair (2004-2007). Coggburn received the B.A. degree in political science from Oklahoma State University and the MPA and Ph.D. degrees from the University of South Carolina.