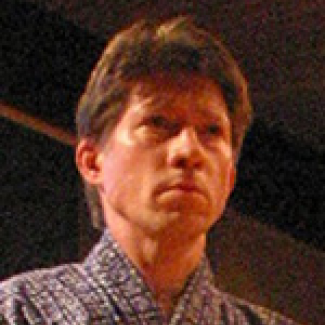 My interests lie at the intersection between academic research and teaching and theatrical performance. I taught for twelve years at the University of North Carolina School of the Arts before coming to NC State six years ago. After many years of ballet training, I began study of Classical Japanese noh theatre performance twenty years ago. I am a founding member of Theatre Nohgaku, a professional company dedicated to creating and performing original English language plays in fully traditional noh style. My research is concerned with the social role of the performing arts, with a focus on noh and Greek tragedy. My teaching at State covers Greek and Latin language, literature and culture. It is always my foremost goal to lead students to see cultural practices of all kinds as ways a society produces and acts out images of itself for purposes of self-examination as well as diversion and pleasure.

My research is currently focused on the following:

1) A study of the relationship between training and performance in Japanese noh theatre. Training is always from the beginning grounded in actual performance of the repertory (unlike Western ballet where training is grounded in technique and only after considerable time does the student learn repertory). The result is a special kind of “naturalism” in performance, where the story is not grafted onto a separable technique, but always grows organically out of the technique.

2) A comparative study of the drama theory of Zeami and Aristotle. My main concern here is with the social functions of noh and Greek tragedy, as reflected in the ways of approaching and discussing the two art forms by their leading theoreticians.

3) A study of acting style in ancient Greek tragedy. My thesis is that acting styles were probably far more realistic than is generally supposed. This becomes evident not only when tragedy is considered alongside the highly formalized performance style of Japanese noh, but also when we take into account tragedy’s associations with other contemporary discourses such as oratory and historiography. I want to show that there is a strong “realist” bias in ancient Athenian social and artistic practices that comes out most clearly when those practices are considered in comparison with those of another culture with fundamentally different aims and usages.

1996            “There For Me: Interpersonal Connection and Separation in the Noh Drama Hagoromo and the Ballet Our Town.” Symposium of San Francisco State University Department of Humanities 3: 96-101.

“The Masks of Noh and the Masks of Tragedy.” Ancient Drama in Performance II, Randolph College, Lynchburg, VA, October 7, 2012.