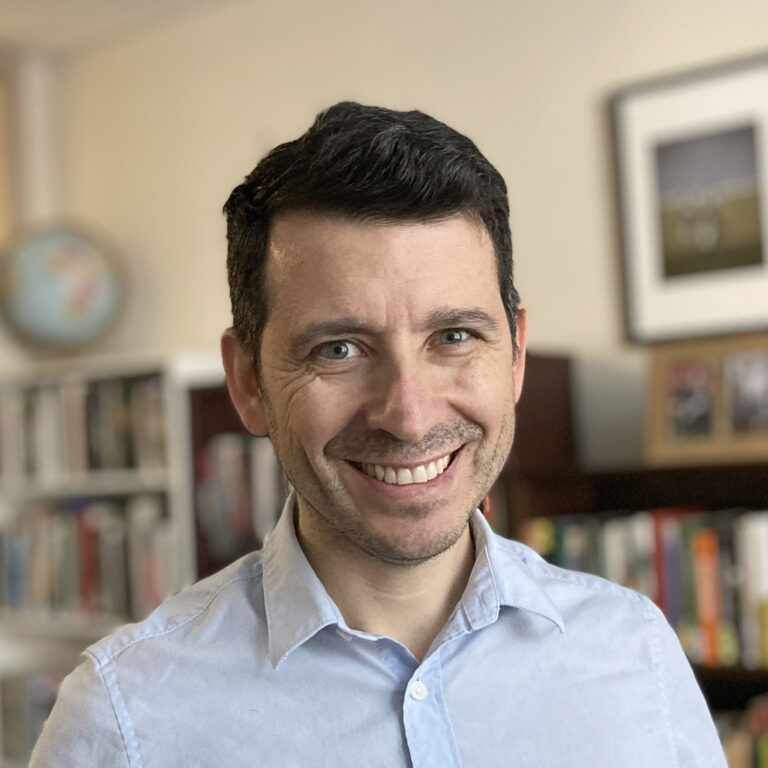 I am native of São Paulo, Brazil, where I worked for years as an art director doing graphic design and motion graphics. I had always been interested in history and geography, which led me to earn a bachelor’s degree in history at University of São Paulo. My engagement with both historical inquiry and visual communication brought me to pursue graduate education in digital humanities. I moved to the United States to earn a master’s degree and a doctorate in Latin American History at Stanford University, where I used my skills as art director to explore new visual forms of historical narratives through digital media.

I have been at NC State since 2016, where I am an associate professor of digital and Latin American history at NC State and core member of the Visual Narrative cluster.

My research deals with the history of Latin America— especially Brazil—in the nineteenth and twentieth centuries. I focus on the intersection between environment and society, with a particular interest in the spatial and social implications of environmental policies.

My first book is an environmental history of the border between Brazil and Argentina in the twentieth century, and the creation of the iconic national parks of Iguaçu (in Brazil) and Iguazú (in Argentina), two of the oldest and most visited protected areas in Latin America. The book— Nationalizing Nature: Iguazu Falls and National Parks at the Brazil-Argentina Border—was published by Cambridge University Press in March 2021. The book also received an honorable mention for the Latin American Studies Association’s Bryce Wood Book Award given to an outstanding book on Latin America in the social sciences and humanities published in English.

I am a member of the Visual Narratives cluster, a project launched by the Chancellor’s Faculty Excellence Cluster Program to foster interdisciplinary collaboration between engineering and humanities disciplines. My work with the cluster includes applying machine learning and computer vision to assess urban change during economic downturns.

At NC State, I teach courses on Latin American history in the nineteenth and twentieth centuries, US-Latin American relations, and on the theory and methods of digital history and spatial history. I also plan to introduce courses on cities in Latin America and history of Brazil. I am interested in topics such as modern environmental history, policymaking and state formation, urban studies, transnational and borderlands history, animal studies, as well as historical GIS, network analysis, design, and visualization.

Urban Panorama is a project developed with colleagues at the Visual Narrative cluster. We are testing methods to assess urban change by introducing two novel elements in the craft of urban historians: 1) the use of images of streetscapes as primary sources; 2) the use of computer vision and machine learning in the analysis of these images. See more information here.

Concrete Tropics: An Environmental History of Brazil’s Modernist Capital. In this project, I study the environmental and spatial processes that shaped Brasília, the capital of Brazil, between 1960 to the present. I am currently working to update a mapping visualization of land use in and around Brasília since the 1970s. I am also working on a chapter on the first scientific surveys of the site chosen to harbor Brasília, which were carried out in the late nineteenth century.

The Interior: Rethinking Brazilian History from the Inside. The Interior is an edited volume that aims to re-examin Brazilian history from the inside, a framework that we call interior history. Seeking to invert the conceptual and geographic boundaries often used to study the history of Brazil—and also of Latin America more broadly—the book will show how the people and spaces of the interior have been central to the development of national identities, politics, economy, and culture. The book will be submited to University of Texas Press in 2022.

National Endownment for the Humanities Fellowship – 2019-2020

Big Water: The making of the borderlands between Brazil, Argentina, and Paraguay. Co-edited with Jake Blanc. Tucson, AZ: University of Arizona Press, 2018.

“Conservation frontier: The creation of protected areas in the Brazilian Amazonia.” In Frontiers of Development in the Amazon: Riches, Risks, and Resistances. Edited by Antonio Ioris et al. Lanham, MD: Lexington Books, 2020, 51-79.

“Argentinizing the Border: Conservation and Colonization in the Iguazú National Park, 1890s-1950s.” Individual contribution to the Big Water volume, 2018, 105-128.

“Ordering the Borderland: Settlement and Removal in the Iguaçu National Park, Brazil, 1940s-1970s.” In The Nature State: Rethinking the History of Conservation. Edited by Hardenberg et al. New York: Routledge, 2017, 158-175.

For a complete list of publications, see my CV.

I am interested in working with students in Latin American history, digital humanities, spatial and urban history, and environmental history.