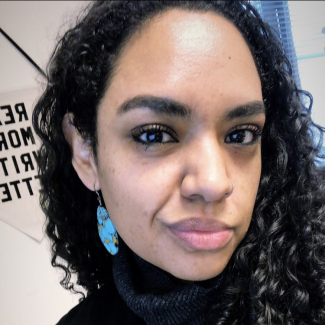 I was born and raised in Albuquerque, New Mexico, where I also worked as a Licensed Practical Nurse for ten years before deciding on graduate school in the humanities. I studied history at New York University where I completed my Ph.D. in 2017 and was a 2015-17 Predoctoral Fellow at the University of Virginia’s Carter G. Woodson Institute for African-American and African Studies.

B.A. History and Sociology The University of New Mexico 2009

My research and teaching interests are in the histories of Atlantic world slavery, the transatlantic slave trade, and imperial crime and punishment. My current book project, "Dangerous Characters: Transportation as Punishment and Atlantic World Slavery” explores the use of transportation as a form of discipline and punishment for enslaved women and men convicted and sentenced by slave courts in the British Caribbean. “Dangerous Characters” critically examines the relationship between slavery, criminality, commodification, and freedom across the black Atlantic world.