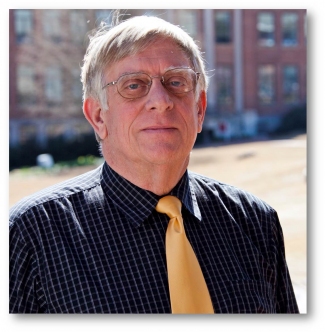 Ed Funkhouser, Associate Professor, is a native of Mount Jackson, a small town in Virginia’s Shenandoah Valley, where he started working in broadcasting as a teenager in 1963. In 1968, he completed a Bachelor of Science in Business Administration at James Madison University in Harrisonburg, VA. From 1968 to 1971, he served in the US Army as a Special Agent with military intelligence units in Korea and Michigan. He completed his Master of Arts in Radio/TV/Film at The University of Memphis in 1973. During high school and the years he studied for his bachelors and masters degrees, he worked at a number of commercial and public radio and television stations in Virginia and Tennessee. He received his Ph.D. in Mass Communication with a minor in Organizational Behavior from Ohio University in 1979. He has been a member of the faculty in the Department of Communication at North Carolina State University since 1977. He served as Associate Department Head from 1991 to 1996, and as the department’s Coordinator of Advising from 1990 to 1994.  He was Assistant Dean and Director of Undergraduate Programs for the College of Humanities & Social Sciences (CHASS) from 1996 ro 2002.  From 2007 to 2010, Funkhouser was CHASS Associate Dean for Academic Affairs.  In August, 2013, he returned to departmental administration as Associate Head for Undergraduate Programs in the Department of Communication.

Dr. Funkhouser has taught a wide variety of introductory and advanced mass communication, public speaking, and public relations courses. He has taught many seminars and workshops across North Carolina, including Fundamentals of Video Production, a two-day workshop team-taught with Jim Alchediak twice each year from 1984 to present (a total of 27 times) on-campus at NC State’s McKimmon Center for Continuing Education, and twice off-campus for the IBM and Bridgestone/Firestone corporations. He has been named outstanding teacher in the Department of Communication three times. He received North Carolina State University’s Outstanding Extension Service Award in 1991, and is a member of the University’s Academy of Outstanding Faculty Engaged in Extension.

He was a founder and served as first president of Triangle Reading Service, Inc., an independent non-profit corporation established in 1983, which uses resources provided by the University of North Carolina system, local governments, and other organizations and individuals to deliver newspapers, magazines and other current literature via a special broadcast service to visually impaired persons across North Carolina. He served on the Triangle Reading Service Board of Directors from 1983 to 2000.  This service to North Carolinians has operated for more than thirty years and is one of the most successful radio reading services in the United States.

Funkhouser is co-author (with Robert Schrag) of The Process:  Understanding Communiction Technology and the Media, a textbook from Kona Publishing, 2014 (Released August, 2013).

His research articles have been published in Journal of Broadcasting and Electronic Media, Human Communication Research, Communication Education, Journal of the Association for Communication Administration, and Feedback. Five of his essays on contemporary communication issues have appeared on op-ed pages in North Carolina’s largest newspapers (four in Raleigh’s News and Observer and one in The Charlotte Observer). He has written many reviews of scholarly books, including the two most recent biographies of Edward R. Murrow for Journalism Quarterly. His papers not published elsewhere are available in the ERIC database.