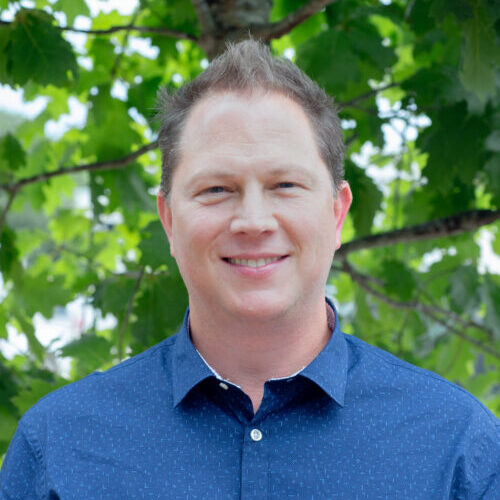 I am Teaching Professor and Director of the Program in International Studies, as well as a member of the Graduate Faculty for the Department of Sociology and Anthropology. I serve as the Director of Undergraduate Programs in Interdisciplinary Studies for the College of Humanities and Social Sciences, where I am also Co-Director of the Alexander Hamilton Scholars program, a dual degree honors program for students double-majoring in the Poole College of Management and International Studies at NC State.

I am trained as an environmental anthropologist and historical ecologist, and I have extensive field research experience in rural farming areas, especially in sheep and cattle-ranching communities of France and Spain. I have been engaged in research in the Basque region of southwestern France and northern Spain for over twenty years. The components of my research address the multi-faceted socio-ecological changes related to agro-pastoralism in the Pyrénées Mountains, particularly in regards to the management and use of common-pool resources. I also write about the commodification and patrimonialization of Basque identity through cultural heritage projects and marketing campaigns of food.

I currently participate in two long-term, interdisciplinary and collaborative research projects on agricultural settings in Europe. These projects operate at the intersection of the social and natural sciences, and my contributions to these interdisciplinary projects integrate both qualitative and quantitative data to enable a multi-method, diachronic understanding of resilient agro-pastoral systems. The first is an ongoing project in Burgundy, France with colleagues from the University of North Carolina at Chapel Hill that I have been involved in since 2012. Our most recent work include a study of the bio-cultural heritage of a forests in Burgundy, France; an examination of the ecological and social consequences of the abandonment of viticulture in Burgundy; and an analysis of the multi-functionality of surface water features in the long-term agrarian land use practices in the region.

The second interdisciplinary project that I am currently involved with is a comparative study of the historical agroecosystems of southern Sweden, eastern France, and northern Romania. In collaboration with European colleagues from the National Museum of the Romanian Peasant in Romania and the Swedish University of Agricultural Sciences, we have already completed a study of biodiversity of hay meadows and their historical role in maintaining plasticity within changing agricultural systems. We are currently completing a comparative study of the ways in which the history of forests allow us to investigate the connections between evolving technologies and traditional ecological knowledge. Engaging the bio-cultural heritage of the forest sheds light on the increasing demand, over time, by forest owners for access to markets and income from activities beside forestry, such as tourism.

A final area of interest is understanding how post-industrial landscapes reflect disconnections from the market economies of late capitalism, a reflection that culminated in my 2016 co-edited volume, The Anthropology of Postindustrialism: Ethnographies of Disconnection, with Routledge Press. The essays assembled laid out a range of ways that communities respond to the cycles of connection and disconnection from the markets that pushed their industrialization, and the impact of a sudden integration of peripheries into an economic framework characterized by mass extraction and transformation of natural resources. By extension, our framework offered a means to understand how communities previously integrated into market capitalism were radically transformed by disinvestment, deindustrialization, or abandonment.

I was born in south Louisiana and I am a native of Tours, in the Central Loire Valley of France. I also lived for six years on the French island of Guadeloupe, in the Caribbean. I was a Visiting Researcher at the Center for the Study of Basque Literature and Language (IKER) in Bayonne, France from 2002-2005, and I now teach the First Year Inquiry program every August at the NC State Prague Center.

2010, Seth Murray. The presence of the past: a historical ecology of Basque Commons and the French state. In Social and Ecological History of the Pyrénées: State, Market and Landscape. Oriol Beltrán and Ismael Vaccaro, eds. Pp. 25-41. Walnut Creek, CA: Left Coast Press.

2010, Seth Murray. Transitions and transformations of agriculture in Europe. In Anthropology News 51(4):39-40.

2009, Seth Murray. Contested Commons: the historical ecology of continuity and change in Basque agro-pastoralism in the Baigorri valley (France). In Anthropology News 50(1):45.

2018, “Resilient Commons? The persistence and evolution of Basque common property resources.” Paper presented to the International Association for the Study of the Commons in Washington, D.C. October 6.

2017, “Political Ecology of Post-Industrial Pastoral Lives: Past, Present, and Future.” Paper presented to the American Anthropological Association in Washington, D.C. Panel reviewed by the Anthropology and Environment Society. December 1.

2017, (with Elizabeth Anne Jones and Scott Madry) “Burgundy without wine? Contemporary processes of abandonment of viticulture in France.” Paper presented to the Rural History Association in Leuven, Belgium. September 12.

2017, “Conflict in Commons: the evolution and persistence of Basque common property resources in France.” Paper presented to the Rural History Association in Leuven, Belgium. September 12.

2016, (with Anamaria Iuga) “Mountain cheeses at the margins of Europe: iterations of Basque and Transylvanian identities through labellized products.” Paper to the Permanent European Conference for the Study of the Rural Landscape in Innsbruck, Austria. September 9.

2016, (with Anna Westin, Anamaria Iuga, Tommy Lennartson, Eva Gustavsson, Elizabeth Anne Jones, and Scott Madry) “The Meadow is the Mother of Fields”: methodological challenges and opportunities for comparative landscape research.” Paper presented to the Permanent European Conference for the Study of the Rural Landscape in Innsbruck, Austria. September 8.

2016, “Expanding Historical Ecology from Interdisciplinary to Transdisciplinary Objectives.” Paper presented to the Society for American Archaeology in Orlando, FL. April 7.

2015, (with Scott Madry and Elizabeth Anne Jones) “Burgundy without wine? Contemporary processes of abandonment of viticulture in France.” Poster reviewed by the Executive Board and presented at the American Anthropological Association in Denver, CO. Nov. 20.

2014, (with Scott Madry, Elizabeth Ann Jones, and Amanda Tickner) “Persistence and Change in the Environmental and Agricultural History of Burgundy, France.” Paper presented to the World Congress of Environmental History in Guimarães, Portugal. July 10.

2013, “Nafarroaren Eguna: cultural heritage and the imagining of a stateless Basque nation.” Poster presented to the American Anthropological Association in Chicago, IL. November 23.

2013, (with Ismael Vacarro and Oriol Beltran) “Public and private pathways to prosperity in the Pyrénées Mountains.” Paper presented to the American Anthropological Association in Chicago, IL. November 21.

2013 “Pathways to economic intensification and collapse in 20th century Basque farming.” Poster to presented to the American Society for Environmental History in Toronto, Canada. April 5.

2012 “Economic integration and disintegration of the Basque countryside in the 20th century.” Poster  presented to the American Anthropological Association in San Francisco, CA. November 15.

2012 (with Scott Madry, Elizabeth Ann Jones, Amanda Tickner) “Mills and Ponds: 250 years of continuity and change in the Burgundian landscape.” Paper to be presented to the Nineteenth Century French Studies Colloquium in Raleigh, NC. Session chair” “Agricultural/Landscape History & Rural Life in the Uxeau Commune & Environs (Saone-et‐Loire), 1759 to the Present, with a Special Focus on 1834‐1925.” October 13.

2011 (with Meredith Welch-Devine) “Stories of landscape and heritage: the dynamics of rural change in the Basque region.” Paper presented to the American Anthropological Association in Montreal, Canada. Session chair and co-organizer (with Ismael Vaccaro): “Legacies of productivism in the new post-productive landscapes of Western Europe.” Session reviewed by the Society for the Anthropology of Europe. November 29.

2011 (with Meredith Welch-Devine) “Marketing the mountain: applications and consequences of ‘eco-chic’ in the Basque region.” Paper presented to the European Science Foundation in Linköping, Sweden. October 13.

2010 “Cultural and environmental heritage in France: contested stories of landscape and identity in the Basque countryside.” Paper presented to the American Society for Environmental History in Portland, OR. March 11.

2009 (with Carole L. Crumley), “Environmental risks and cultural knowledge in the agriculture of Burgundy, France.” Paper presented to the World Congress of Environmental History in Copenhagen, Denmark. August 6.

2008, “Contrasting visions of nature and territory in the Basque region.” Invited poster reviewed by the National Association of Student Anthropologists and presented at the American Anthropological Association in San Francisco, CA. November 21.

2008, “The past in the present: a historical ecology of the Basque Commons.” Paper presented at the International conference “Common ground, converging gazes: integrating the social and environmental in history” at the Ecole des Hautes Etudes en Sciences Sociales, Paris, France. September 12.