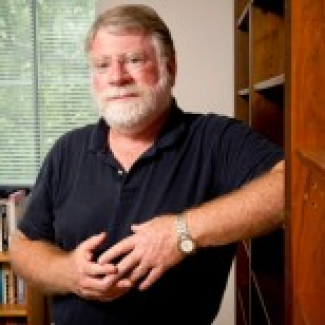 Dr. Zonderman received his BA from Amherst College, and his MA and PhD from Yale University.  He is the author of two books–Aspirations and Anxieties: New England Workers and the Mechanized Factory System, 1815-1850 (Oxford University Press); and Uneasy Allies: Working For Labor Reform in Nineteenth-Century Boston (University of Massachusetts Press). He is currently working on another book project, Fighting on the Homefront: Workers and the Civil War, which is under contract with Praeger. He has also published articles and reviews in the American Historical Review, Journal of American History, Reviews in American History, Labor History, and The Public Historian.  Dr. Zonderman’s research has been funded by the American Council of Learned Societies, American Historical Association, American Philosophical Society, National Endowment for the Humanities, and other institutions.

Professor Zonderman has worked with museums across the country.  He has served on the Board of Curators, Long Range Planning Committee, and Collections Committee at the State Historical Society of Wisconsin; the Education Advisory Board at the North Carolina Museum of History; the Advisory Board and Operations Committee at the Raleigh City Museum; and the North Carolina Maritime Museum Review Committee.  Dr. Zonderman has also been a consultant and evaluator for museum exhibit projects funded by the National Endowment for the Humanities (NEH), and the Institute for Museum and Library Services; he has also served on several national grants review panels at the NEH.

Professor Zonderman also has extensive experience teaching public school and adult audiences.  He has offered numerous programs through the Humanities Extension Program. He has been a visiting scholar for film discussion series at public libraries sponsored by the National Endowment for the Humanities, Teaching American History projects funded by the U.S. Department of Education, Teaching Literacy through History workshops funded by the Gilder Lehrman Institute of American History, and the North Carolina Humanities Council’s Teachers Institute.  In 2001 and 2013, Dr. Zonderman received an Outstanding Extension Service Award from NCSU; and in 2010 he was given the Faculty Award by the NCSU Libraries.

Professor Zonderman is an elected member of the Historical Society of North Carolina, and the Board of Directors for the Friends of the State Archives of North Carolina. He also served on the Advisory Editorial Committee for the North Carolina Historical Review, and he recently completed a term as Vice-President of the Southern Labor Studies Association.

Fighting on the Homefront: Workers and the American Civil War

Fighting on the Homefront: Workers and the American Civil War (Praeger Press, under contract)

“Exhibiting the American Civil War at Southern Museums,” Creating the Past: Early American Museums Between History and Edutainment, University of Milan, Italy, November 18, 2011