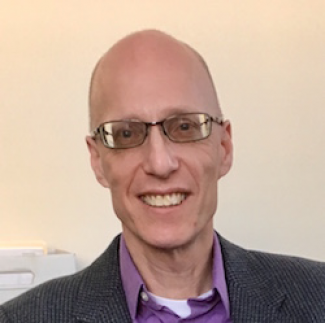 David Ambaras is a Professor of History at North Carolina State University, where he has taught since 1998. His research explores the social history of Japan and its world, particularly through a focus on mobility, marginality, and transgression. He is currently researching the intertwined histories of ports, shipping, dockworkers, and seafarers from roughly the mid-1950s to the mid-1960s, a critical transitional moment in the history of postwar Japan, global capitalism, maritime transport, and the geopolitics of the Asia-Pacific shaped by the Cold War, decolonization, and the legacies of Japanese imperialism

In his most recent book, Japan’s Imperial Underworlds: Intimate Encounters at the Borders of Empire (Cambridge University Press, 2018), he excavates long-forgotten histories of child trafficking, marriage migration, travel and adventure writing, and piracy in the spaces between Japan and China from the 1860s to the 1930s. He argues that transgressive intimacies between Japanese and Chinese fundamentally shaped the territorial borders and imaginative geographies that defined Japan’s imperial world and continue to inform present-day views of China. Japan’s Imperial Underworlds has been shortlisted for the 2019 International Convention of Asia Scholars Book Prize in the Humanities.

His first book, Bad Youth: Juvenile Delinquency and the Politics of Everyday Life in Modern Japan (University of California Press, 2006), shows how the policing of urban youth constituted a central arena for the development of new state structures and new forms of disciplinary power, the articulation of new class, gender, and family relations, and the regulation of popular culture during the years 1895 to 1945. He has also published articles in venues including The Journal of Asian Studies and The Journal of Japanese Studies. Prof. Ambaras is a recipient of fellowships from the National Humanities Center and the National Endowment for the Humanities.

Along with Prof. Kate McDonald (History, UC Santa Barbara), Prof. Ambaras directs Bodies and Structures: Deep-mapping Modern East Asian History. This multi-year digital project brings together scholars of early modern and modern East and Southeast Asia to interrogate the spatial history of this region from the seventeenth to the twenty-first century. Bodies and Structures 1.0 was launched in January 2019. Version 2.0 was released in 2021, with support from an NEH Digital Humanities Advancement Grant (Level II).

Prof. Ambaras is co-founder of and NCSU representative to the Triangle Center for Japanese Studies.

Dr. Ambaras works with students in modern Japanese, East Asian, and world/global history, and in the history of imperialism and colonialism.