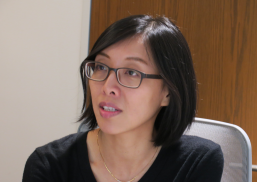 Jessica C. Liao is an assistant professor of political science and 2020-2021 Wilson China Fellow. Prior to NC State, she taught at George Washington University and was a visit fellow at Monash University, Kuala Lumpur campus. She received her PhD in international relations from the University of Southern California. Her research focuses on Chinese foreign policy and East Asian politics. Her current project is about China’s resource and infrastructure development in Southeast Asia.

“A Legacy of Subsidy Policies and Their Impact on China’s Use of the WTO Dispute Settlement Mechanism,” Asian Survey 53:6 (November/December 2013).

“What Washington Doesn’t Get about the One Belt One Road: The Case of Southeast Asia.” Presented in American Association for Chinese Studies Annual Conference, Columbia, South Carolina, October 22, 2017.

Ph.D. Politics and International Relations The University of Southern California 2013