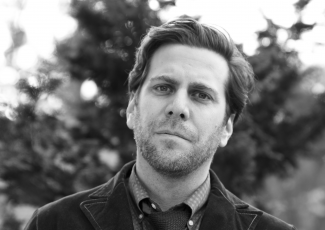 Dr. Brent S. Sirota is associate professor and the Director of Graduate Programs in the Department of History at North Carolina State University. He specializes in the religious and political history of Great Britain and the wider British world in the seventeenth, eighteenth and nineteenth centuries. He received an MA in Religious Studies in 2001, and a Ph.D. in History in 2007, both from the University of Chicago. He has taught in the Department of History at North Carolina State University since 2007. Dr. Sirota has written a number of articles and book chapters on the history and politics of the Church of England in the decades before and after the Glorious Revolution of 1688-1689. His first book, The Christian Monitors: The Church of England and the Age of Benevolence, 1680-1730 was published by Yale University Press in 2014. It was awarded the John Ben Snow Prize by the North American Conference on British Studies. In 2019, The Hanoverian Succession in Great Britain and its Empire, a collection of essays he co-edited with Allan I. Macinnes, was published by Boydell Press.

Sirota is currently working on a book project about established churches in the long eighteenth century Atlantic world entitled The Other Separation of Church and State: Ecclesiologies of the Revolutionary Atlantic, 1688-1848.

The Hanoverian Succession in Great Britain and its Empire, ed. Brent S. Sirota and Allan I. Macinnes (Boydell, 2019)

“Robert Nelson’s Festivals and Fasts and the Problem of the Sacred in Early Eighteenth-Century England,” Church History: Studies in Christianity  84, 2 (September 2015)

“Ecclesiology and the Varieties of Romanticism in American Christianity, 1825-1850,” in A Companion to American Religious History, ed. Benjamin E. Park (Routledge, forthcoming)

“The London Jews’ Society and the Roots of Premillennialism, 1809-1829,” in Converting Europe: British Protestant Missions in the Seventeenth through the Nineteenth Centuries, ed., Simone Maghenzani and Stefano Villani (Routledge, 2020)

“The Backlash against Anglican Catholicity in The Hanoverian Succession in Great Britain and its Empire, ed., Brent S. Sirota and Allan I. Macinnes, (Boydell, 2019), pp. 60-81

“Anglicanism and the Nationalization of Maritime Space,” in Phillip J. Stern and CarlWennerlind, eds. Mercantilism Reimagined: Political Economy in Early Modern Britain and its Empire (Oxford UP, 2013)

(with Matt Hedstrom) “Establishing and Disestablishing Religion in the Atlantic World,” Religion and the State in Seventeenth and Eighteenth Century Europe and America (Lexington Books, 2012), pp. xiii-xxii

“The Leviathan is not safely to be angered: Country Ideology and Anglican High Church Thought, 1688-1702” in Religion and the State in Seventeenth and Eighteenth Century Europe and America (Lexington Books, 2012), pp. 41-61

The Other Separation of Church and State: Anglican Ecclesiologies of the Revolutionary Atlantic, Age of Revolutions

“1714, A Glimpse of Secularity: The Church and the Hanoverian Succession,” Australian Broadcasting Company: Religion and Ethics (July 2014)

“The Consecration of Samuel Seabury and the Crisis of Atlantic Episcopacy, 1782-1807,” Boston Area Seminar on Early American History, January 2019

“The London Jews’ Society and the Roots of Premillennialism, 1809-1828,” Converting Europe: Protestant Missions, Propaganda and Literature from the British Isles (1600-1900), University of Cambridge, September 2016

“On Religious Modernity, or, The Crisis of the Sacred in England, 1660-1760,” Mellon Consortium on British Studies, University of Chicago, Chicago, IL, October 2013