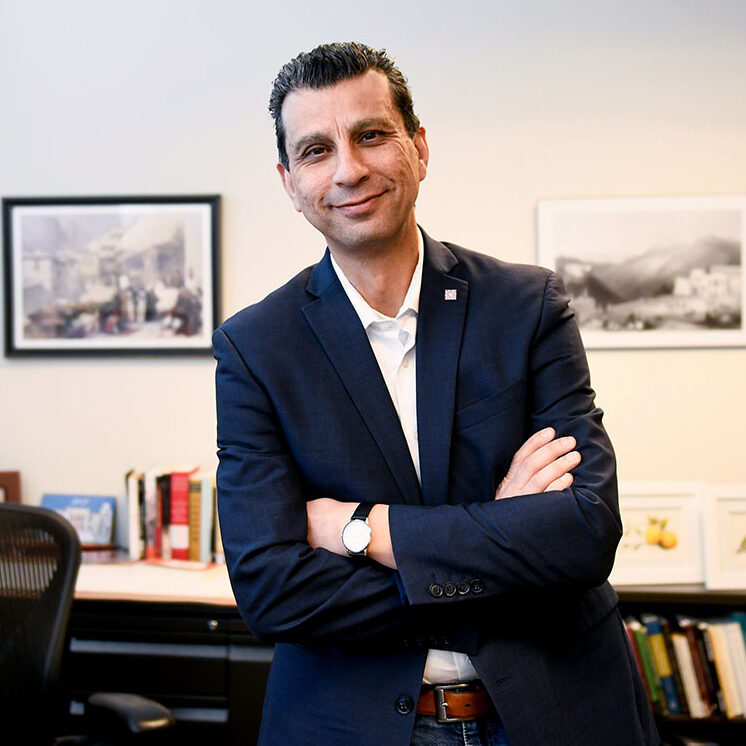 Director of Khayrallah Center for Lebanese Diaspora St,Professor of History

A native of Lebanon (born 1960), he earned a B.S. degree in Electrical Engineering from California Polytechnic State University, and holds M.A. and Ph.D. degrees in History from the University of California, Santa Cruz, and University of California, Berkeley, respectively. His books include Inventing Home: Emigration, Gender and the Making of a Lebanese Middle Class, 1861-1921, and A History of the Middle East: A Sourcebook for the History of the Middle East and North Africa, and Embracing the Divine: Passion and Politics in the Christian Middle East. He has completed a 2012 PBS documentary on the history of the Lebanese community in North Carolina, and is the senior curator for a museum exhibit on the same topic that opened on February 21st, 2014. He also curated the traveling exhibit, The Lebanese in America, which has toured six (6) US cities, and will continue to tour through 2019. He has published a substantial number of articles and reviews, and has made conference presentations throughout the United States and internationally. He has delivered over 300 talks in the past 10 years on topics relating to the Middle East. Professor Khater has been awarded a number of teaching accolades (Outstanding Teacher, Outstanding Junior Faculty and Outstanding Extension Faculty) and grants during his tenure at N.C. State, and has also obtained fellowships from the National Humanities Center, American Philosophical Society, National Endowment for the Humanities, Fulbright Foundation, Council of American Overseas Research Centers, among others.   His professional affiliations include the Middle East Studies Association, Arab-American Studies Association, American Academy of Religion, and the American Historical Association. He is also the editor of the International Journal of Middle East Studies, and sits on the editorial board of a book series on immigration studies.

Director of the Khayrallah Center for Lebanese Diaspora Studies