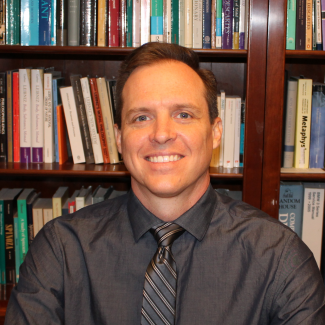 Associate Head of Department and Associate Professor of Philosophy

I am Associate Professor of Philosophy and affiliate of the Classical Studies program at NC State. Before arriving in Raleigh in 2008, I earned my Ph.D. in philosophy at the University of Pittsburgh (2006) and spent two years as a postdoctoral fellow at Stanford University.

At NC State I serve as the faculty advisor for three student clubs: The Philosophy Club at NC State, Student Voices for Animals, and Democracy Matters!. (To join: click the link, sign in, and then click ‘Join’.)

I have won two teaching awards during my time at NC State: the Outstanding Lecturer Award from the College of Humanities and Social Sciences in 2012 and the university-level Outstanding Teacher Award in 2020. With the latter I was also inducted into the NC State Academy of Outstanding Teachers.

I work primarily in the areas of metaphysics, ethics, and political philosophy, often through engagement with the German philosophical tradition (especially Leibniz, Kant, and Schopenhauer).

My main project at present is a book on Leibniz’s idealism. Besides that, I continue to work on various topics:

For the full list of my published writings, and links to online versions, please see my PhilPapers profile.