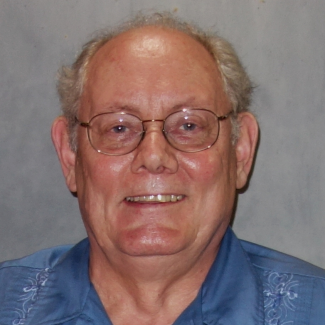 Born on a cold October night in Powers Lake, North Dakota [is there any other kind? Get out your atlas], Slatta spent his first ten years in the ND metropolises of Wildrose, Upham, Gackle, and Enderlin. Thereafter he enjoyed stints in Manderson, Wyoming, Turlock, California [famous then for turkeys and watermelons], and Hillsboro, Oregon [next to Nike in Beaverton]. Yes, the West is Best!

In 1969, he earned his BA in history at Pacific Lutheran University in Parkland, Washington, focusing on western US and frontier history. (Go Lutes).

Two weeks after graduating from PLU, he hopped a flight to San Juan, Puerto Rico [dressed in a wool blazer and slacks! Yes, he had some things to learn about tropical climates] to train as a Peace Corps volunteer. Yes, some people think helping others is not a bad thing. Give it a try!! Pay it forward. He served as an urban community development volunteer for the Peace Corps in a squatter settlement near Panama City, solving most of that nation’s pressing problems. Unfortunately, the effect lasted only temporarily.

He returned to the US to find that he’d won the lottery– the draft lottery– There was, after all, an undeclared war going on in Vietnam. Too valuable to be shot, he spent two years with the Second Armored Division (“Hell on Wheels”) at Ft. Hood, Texas. During his illustrious military career as a bandsman, he marched and played in most rodeo parades held in the great state of Texas. He did develop a key military and lifelong skill: watching where you step VERY carefully when marching behind horses. Long live John Phillips Souza! The 2d Armored Division, including the band, disbanded in 2003, but Slatta accepts no responsibility for its demise.

Having saved Panama and Texas, at least temporarily, he returned to graduate school: MA at Portland (OR) State University in 1974; PhD at The University of Texas at Austin in 1980. He taught history at Texas Lutheran College and the University of Colorado at Boulder before coming to NC State.

Professor emeritus Slatta joined the NC State faculty in August 1980, after completing doctoral work at the University of Texas at Austin. Since then he has taught a variety of courses, published widely (10 books, many articles and reviews), directed the History Graduate Program and Public History Program, the CHASS First-Year Seminar program (defunct), and the University First Year Inquiry Program.