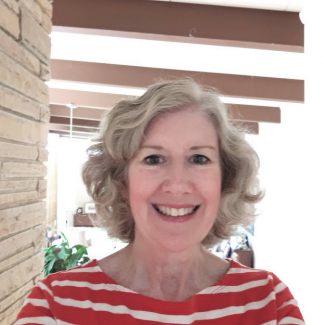 I have been at NC State for more than thirty years. I am the Assistant Department Head for Student Affairs in the Department of Foreign Languages and Literatures. I serve as Director of Undergraduate Advising, Administrative Head for Foreign Language Minors, Section Coordinator for 100- and 200-level Spanish courses, and Supervisor of Spanish Graduate Teaching Assistants. I have received awards at the university, state, regional, and national levels for teaching, advising, and extension service. I’m a member of the NC State Academy of Outstanding Faculty Engaged in Extension.

Please use these links to find more information about Spanish at NC State:

I was Chair of the College Board National Spanish Language Commission and served on the College Board Curriculum Development and Assessment Committees. I was Secretary of the Board of Directors for Cooperación Ortopédica Americano-Nicaragüense, a medical organization. I was Scholarship Director and a member of the Executive Board of the Southern Conference on Language Teaching and I served as Assistant Commissioner for Language Services for the Special Olympics World Summer Games when they were held in North Carolina. I have interpreted for service trips to Puerto Rico and Nicaragua on several occasions.

I teach, coordinate, and supervise instruction in lower-level Spanish courses, reflecting my interest in foreign language teaching methods. I work with the Park Scholars program, serving on the Advisory Council and Selection Committee, and as a mentor to students. I have also served on the Caldwell Fellows Selection Committee. I have taught in the First-Year Inquiry Program and served on the First-Year Inquiry Program Advisory Council. I was a Hewlett Fellow and a First-Year College Faculty Fellow.