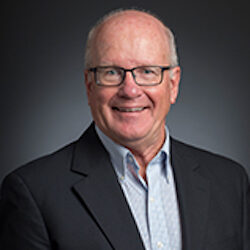 Dr. Kenneth P. Vickery is Associate Professor and Director of Undergraduate Advising in the History Department at North Carolina State. University, where he has taught for almost 30 years. He received his B.A. degree with Phi Beta Kappa honors at Duke University and went on to study sub-Saharan African history at Yale University, where he earned his Ph.D. During his tenure at NC State, he has been a visiting professor at The University of North Carolina at Chapel Hill and Meredith College. In 1993, he was awarded a Fulbright fellowship and served as a Fulbright Visiting Associate Professor in the Department of Economic History of the University of Zimbabwe in Harare. Professor Vickery is also an acclaimed author. His book Black and White in Southern Zambia: The Tonga Plateau Economy and British Imperialism, 1890ñ1939 was a finalist for the Herskovits Prize, given annually by the African Studies Association for the outstanding book in African studies. He has published numerous articles and reviews in such publications as Comparative Studies in Society and History, the International Journal of African Historical Studies, the Journal of Southern African Studies, and American Historical Review . An award-winning instructor, Dr. Vickery was inducted into the Academy of Outstanding Teachers at North Carolina State in 1986. In 2005, he was named Alumni Distinguished Undergraduate Professor, the university’s highest teaching honor.