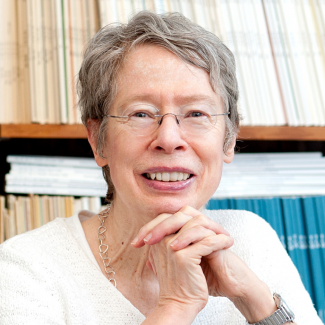 Carolyn R. Miller retired as SAS Institute Distinguished Professor of Rhetoric and Technical Communication in June 2015, after 42 years on the NC State faculty. She started teaching as an Instructor in January 1973.

Carolyn is the founding director of NC State’s Ph.D. in Communication, Rhetoric, and Digital Media, established in 2005, and of the M.S. in Technical Communication, started in 1988; she also proposed and taught the first graduate courses for the M.A. option in Rhetoric and Composition, begun in 1984. She served as Director of Professional Writing in 1993–2002 and 2003–2004 and as coordinator of the undergraduate concentration in Writing and Editing (now Rhetoric and Professional Writing) from 1980–1985. She established and directed the Center for Communication in Science, Technology, and Management from 1995 to 1999 and co-directed its successor, the Center for Information Society Studies, from 1999 to 2003.

“Exercising Genres: A Rejoinder to Anne Freadman.” Contribution to special section, Reflections on “Genre as Social Action.” Canadian Journal for Studies in Discourse and Writing/Rédactologie, 30 (2020): 133–140, doi:10.31468/cjsdwr.843.

“Should We Name the Tools? Concealing and Revealing the Art of Rhetoric.” The Public Work of Rhetoric: Citizen-Scholars and Civic Engagement, ed. David Coogan and John Ackerman. University of South Carolina Press, 2010. 19–38.

Miller, Carolyn R. and Dawn Shepherd. “Questions for Genre Theory from the Blogosphere.” Genres in the Internet: Issues in the Theory of Genre, ed. Janet Giltrow and Dieter Stein. Amsterdam: John Benjamins, 2009. 263–290.

Interview by Dylan Dryer, “The Fact That I Could Write About It Made Me Think It Was Real,” Composition Forum 31 (Spring 2015); part of a special issue with retrospectives, original articles, program profiles, and reviews following up on my work in genre theory.

“Do Genres Evolve? Should We Say That They Do?” Featured presentation at Genre 2012: Rethinking Genre 20 Years Later, An International Conference on Genre Studies, Carleton University, Ottawa, June 2012. Video.

Carolyn's current research focuses on genres of action and interaction in new media, such as blogs, webinars, scientific publication, and the many genres of videogames. How do conventions of stability such as genres emerge and develop in an environment of constant turbulence such as the internet? Can historical examples of genre change in traditional media such as film and print inform our understanding of new media? Answers to questions like these may help us better understand and manage the capacities of the new digital media.