In the global effort to understand and reduce climate change, where do the humanities and social sciences come in?

What do our disciplines have to do with weather patterns, warming oceans and sustainability, anyway?

As our scholars continue to underscore, the study of human thought and action can tell us a lot about how we got here — and where we’re going.

Here’s a look at how eight of our professors are working across academic boundaries to address climate change through research, teaching and engagement efforts.

“I am very proud that the proposal team is comprised of more than 60% women and includes four historically black colleges and universities, five Chinese universities and three Russian universities,” Berube says, adding that the NSF will determine whether the group submits a final proposal.

Berube’s recently edited volume of Pandemic Communication (Springer/NATURE) also covers several climate issues. In addition, his forthcoming book Lessons We Should Have Learned from Zika (Springer) will emphasize the role climate change plays on the occurrence of zoonotic diseases spread by mosquitoes.

In a research project funded by the National Endowment for the Humanities, historian Frederico Freitas uncovered the history of national parks and conservation policy in two of Latin America’s largest countries, Brazil and Argentina.

Today, about a quarter of the land in Latin America is under some type of environmental protection. The majority of these protected areas encompass old-growth forests. In an era of climate change, these densely-forested preserves are increasingly important as carbon sinks.

In his most recent book, Nationalizing Nature (Cambridge University Press, 2021), Freitas argues that understanding the early 20th-century roots of environmental policy in Latin America is crucial in guaranteeing the resilience of the region’s protected areas.

Christopher Galik is an associate professor in the Department of Public Administration and member of NC State’s Sustainable Energy Systems and Policy faculty cluster. He studies climate-related policy problems at the nexus of natural and human systems.

Currently, Galik is working with a team of economists, ecologists and a Washington-based energy nonprofit to identify greenhouse gas accounting principles for bioenergy with carbon capture and storage (BECCS), a technology capable of net-negative emissions.

He has also recently explored the role of voluntary decarbonization pledges in the U.S. power sector, finding that electric utility pledges could reduce sector-wide emissions by one-third.

Communication professor Jean Goodwin’s science communication research focuses on interactions between scientists and those doubtful and dismissive of climate science.

“In a series of case studies, I’ve documented some best practices scientists can use when faced with difficult audiences,” Goodwin says. “But my results also suggest that scientists need to be listening more carefully to the real concerns being expressed, which are often more about values and policy (what we should do) than climate science (what is).”

In a recent study, Goodwin examined the longstanding accusation that climate scientists are hypocrites for continuing to fly.

“While the hypocrisy argument itself contains many fallacies, a group of climate scientists has come to share a concern about the impacts of climate science, and a ‘Fly Less’ movement is building to encourage scientists and universities to commit themselves to climate-friendly behaviors.”

Through her journalism and nonfiction writing, she explores the intersection of the climate change crisis, biodiversity loss, and human rights. Often focused on strange or overlooked organisms, Kapoor’s writing describes the human stakes of a rapidly changing world. In her classes, she works with her students to develop compelling storytelling approaches that engage readers with important findings, particularly in science writing.

On campus, Kapoor is an affiliate of NC State’s Leadership in Public Science faculty cluster. In the community, she serves on the steering committee of a journalism nonprofit, The Uproot Project, an organization that mentors and supports environmental journalists of color.

Her recently published work on Russia’s post-Paris climate change actions and engagement argues that Russia endeavors to balance the promotion and protection of domestic interests and fulfillment of international commitments.

A forthcoming piece researches the advent of globalization and innovative policy approaches in response to new constellations of actors, institutions and ideas that permeate national boundaries.

“It demonstrates that the application of alternative and green technologies through innovation, investment and international collaborations can contribute to sustainable environmentally friendly economic growth,” Kochtcheeva says.

Another project on renewable energy in Russia explores the country’s renewable capacity, legislation and industry commitments to produce support mechanisms for the development of renewables. 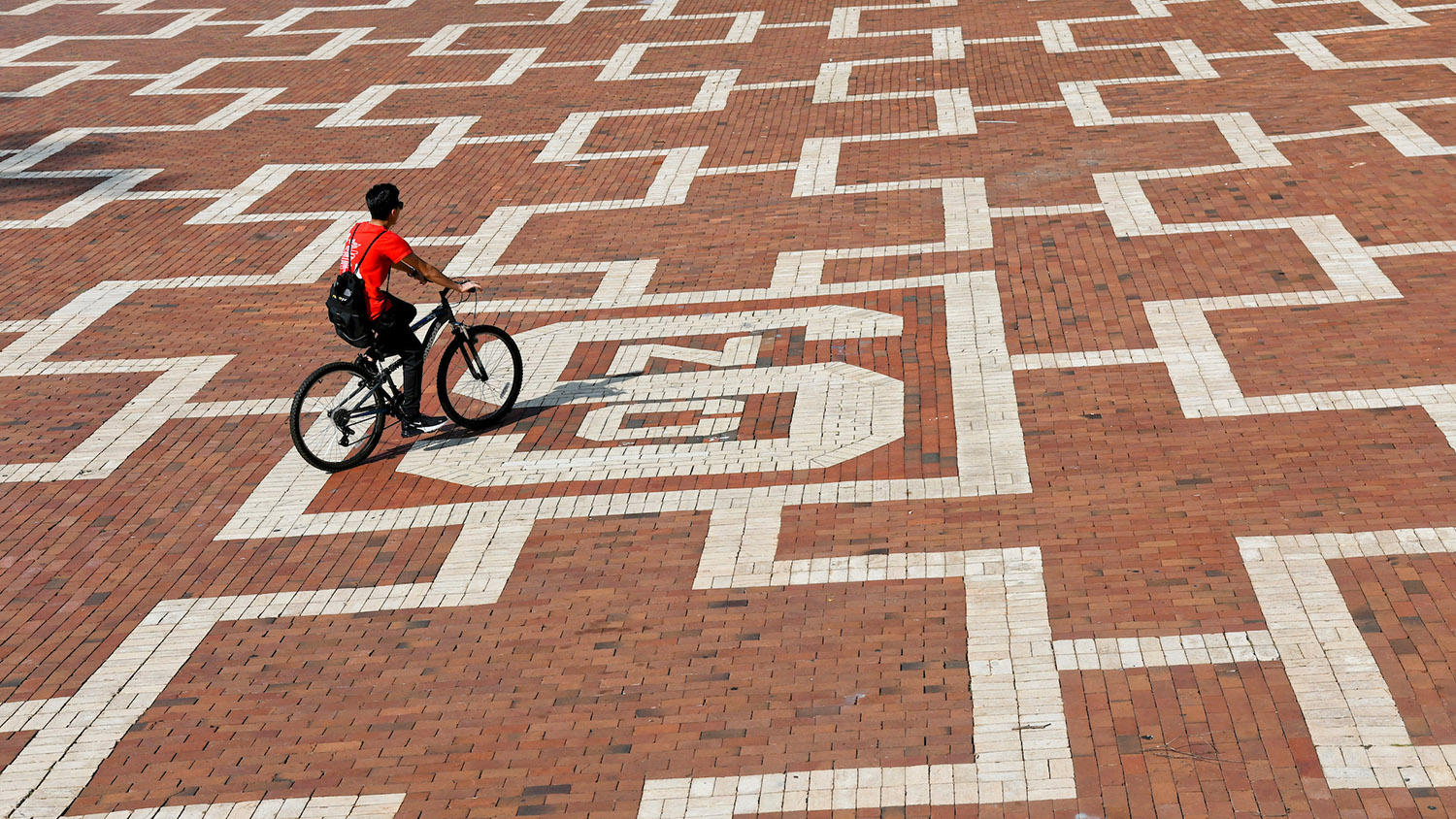 See how this interdisciplinary project advances sustainability goals on campus.

The universitywide resource, which now includes graduate courses, allows students to identify sustainability-related classes on campus — and supports NC State’s vision as a leading research university addressing world challenges. The project even caught the attention of the United Nations, which invited Murray to discuss the database during a workshop on incorporating its Sustainable Development Goals in college curricula.

“The great strengths of this team are the multifaceted, interdisciplinary insights and immediate experience they bring to the project,” Murray says. “My wish is that the students come away with a better understanding of what they want to do — or don’t want to do — in the future.”

Since that time, the Fire Chasers have worked with federal, state, local and private landowners and leaders on improving community resilience to, and capacity for, responding to complex, large-scale wildfire events.