Last year, more than 2,000 people in North Carolina died because of unintentional opioid-related overdoses, according to the Department of Health and Human Services. Some 6,700 children were placed in foster care last year because of parental substance use. There were more than 8,000 emergency visits to hospitals due to overdoses — unintentional and otherwise.

Substance abuse counselors who understand opioid addiction and the stigma and trauma that accompany it could help turn those numbers around. And an NC State program is designed to help them do it.

The NC State Addictions Specialist Certificate Program for Paraprofessionals offers courses that cover topics such as treatment of opioid disorders, medication-assisted recovery and nutrition during recovery, all of which count toward requirements for substance-abuse counselor state certification.

“As you look across the United States, North Carolina is one of the leaders in opioid overdoses,” says Qiana Cryer-Coupet, an associate professor of social work who helped establish the program. “We’re really working to combat that.”

The roots of NC State’s certificate program date to 2019 when the federal Health Resources and Services Administration set out to train paraprofessional workers to specifically help with opioid-use disorder. Over 70% of drug overdose deaths that year involved an opioid, according to the Centers for Disease Control and Prevention, and overdoses involving opioids killed nearly 50,000 people nationwide.

A team in the School of Social Work, including Cryer-Coupet, put together a program, and NC State was one of 15 institutions nationwide to receive a three-year grant. The team forged a partnership with Marianne Latz, assistant director of the Center for Family and Community Engagement, or CFACE — a natural fit, Cryer-Coupet says, since CFACE is well versed in adult learning and digital content design and had already piloted an opioid-use prevention program in Lee County.

The certificate program is open to people employed by, interning with or volunteering at an agency that provides either prevention services or intervention services for individuals who are in recovery. About 150 people from across the state are enrolled, and Cryer-Coupet anticipates 160 more in the next year.

“These are individuals who may be in recovery themselves working as peer-support specialists or who don’t have a degree at all in a human services field and are interested in learning more about how to combat or to prevent opioid overdoses and substance-use disorders,” she says. “These are community health workers, mental health aides, folks who are working in schools and people who are coming to us from churches.”

Thanks to the Health Resources and Services Administration, the only cost to participants is a $40 registration fee, and they have a year to complete the program. Live courses every Wednesday are available for those who prefer interactive learning; on-demand courses allow enrollees to fit training into their schedules.

A Wealth of Resources

Faculty from the School of Social Work cover a broad range of topics in the program, from Sarah Ascienzo’s course on trauma-informed care to Maura Nsonwu’s course on substance abuse and human trafficking. Cryer-Coupet will offer a course in the spring on fathering and recovery.

However, instructors from outside the school are also involved: Elizabeth Craig in the Department of Communication developed an on-demand course on efficient and healthy communications practices, Jason Coupet in the School of Public and International Affairs explains how to use data to drive decision-making, and Laura Widman in the Department of Psychology offers content on substance use during adolescence. From the College of Education, Angela Wiseman looks at using literacy practices to talk about substance-use disorders in families. A nutritionist led a two-week session on the components of healthy eating while in recovery, and the program’s leaders are in the process of contracting with a physician to talk through the biology of addiction.

“We really want to focus on the areas that are outlined by the practice board but then also think about hot topics or recurring issues that will be most important for paraprofessionals,” Cryer-Coupet says. In all, there are about 100 hours of learning available that count toward the 270 required by the North Carolina Addictions Specialist Professional Practice Board for certification.

Increasing the number of trained paraprofessionals means increasing access to resources in communities touched by opioid-use disorder — not just users but their families, including children and their caregivers.

“One thing that we’re seeing come up a lot is this idea of the trauma that ensues as a result of drug use and substance-use disorders,” Cryer-Coupet says. “We’re making sure that practitioners are trained to be able to identify children who have been traumatized as a result of having a family member in the household who may have an opioid-use disorder as well as thinking about how adults process intergenerational trauma that may be resulting from it.”

The more paraprofessionals in a community, the more opportunities there are for people grappling with opioid-use disorder to find help. They typically look close to home, to friends and family they trust, before reaching out to professionals, Cryer-Coupet says.

Paraprofessionals who have experienced addiction themselves can provide especially valuable insight and break down one of the biggest barriers to fighting opioid abuse: stigma. Cryer-Coupet recalls talking to an athlete who became addicted to opioids he received for injuries but was afraid to ask for help until near the end of his career when he felt things were “spiralling out of control.” He worried about his sons landing in the same situation when they started playing sports and felt pressure to perform.

“I think those are some of the hidden issues when we think about the face of the opioid epidemic,” Cryer-Coupet says. “Oftentimes we’re seeing folks like, ‘Oh, this mom in suburbia was prescribed these medications for back pain.’ But we also have young people who are playing sports and have that pressure and are not really sure who they can talk to about it.”

The federal grant runs out next year, but the need for trained paraprofessionals in North Carolina isn’t going anywhere. According to CastLight, a company that facilitates health care navigation, Wilmington came first in the list of the top 25 U.S. cities for opioid-abuse rates in 2016, with Hickory coming in at No. 5. Jacksonville and Fayetteville also made the list.

Cryer-Coupet hopes NC State’s program will remain available in some form now that the infrastructure is in place.

“There’s the possibility that CFACE can continue to offer this education. It may cost community members a little more, so we’re looking for funding to try to offset some of that cost,” she says.

The program’s format could work to address problems beyond opioid-use disorder as well, she believes.

“We have a course that was just developed by Dr. Intae Yoon in the School of Social Work that looks at understanding Medicare and Medicaid,” Cryer-Coupet says. “We hear these terms thrown around in the news, but how do they actually play into treatment for an opioid-use disorder? The same thing can be the case when we think about how they play into treatment for bipolar disorder and other mental health disorders. I think this model does have applications across a variety of social problems and issues that are facing families and individuals in the state of North Carolina and nationally.” 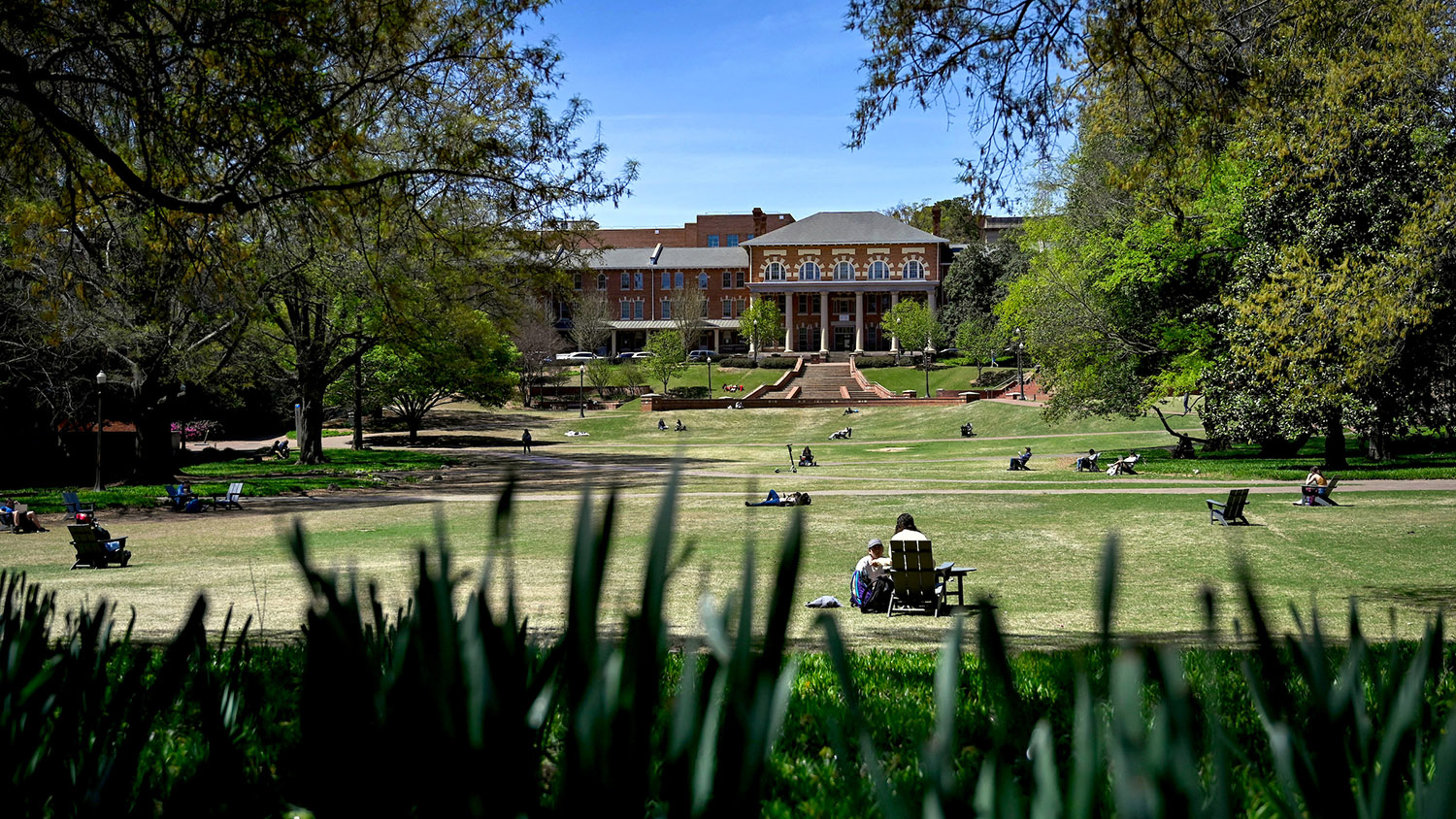