Juan David Gutierrez is dedicated to learning about languages.

He is completing graduate studies at NC State, studying English and Hispanic Linguistics. Gutierrez teaches both Spanish and English at NC State, and has plans to achieve proficiency in his third and fourth languages, French and Portuguese.

His passion for languages has led him to research the differences in regional Spanish dialects in Colombia, providing emergent insight in an area without much existing data.

Gutierrez presented findings from his research at the NC State Graduate Student Research Symposium. In this Q&A, he explains how performing linguistic research has given him a deeper insight into the languages he studies.

Q: How did you decide to perform an acoustic analysis of Colombian Spanish?

A: It is interesting to see how languages — but more specifically, dialects — work. Colombian Spanish has lots of dialects and I wanted to see how the varieties from Bogota and Armenia differed from one another in terms of the intervocalic /s/ voicing. In addition to that, I also wanted to contribute some knowledge to the linguistics field due to the fact that there is not a lot of research carried out with speakers of these particular regions. These reports aim to enrich the sociolinguistic field by complementing the vast amount of research that describes the diversity of Spanish dialects in the Americas, Europe, and other continents where Spanish is spoken.

Q: How did you collect your data? What were you analyzing from it?

A: As usual, the data collection process was quite challenging. I carried out six sociolinguistic interviews and I took six more from “El Corpus del Espanol de Raleigh, NC.” After that, I manually coded the /s/ realizations with a scientific computer software package, and then I ran a statistical analysis with Rbrul to see which significant linguistic and social factors influenced the pronunciation of /s/ in both dialects.

Q: What have been your most interesting findings from your research?

A: In general terms, there is not consistent evidence of intervocalic /s/ voicing in both dialects. One of the most interesting findings is that some of the participants did voice their /s/ but that depended on individual style. In other words, individual variation is one of the most relevant factors that favor /s/ voicing regardless of the speaker’s gender, age or social class.

Q: What impact will your research have?

A: Colombian Spanish varieties had not been studied before in our program, which adds more research experience on top of the magnificent studies that both undergraduate and graduate students are developing in our program. Professors and students in the Hispanic linguistic area may find an effective methodology in my research to help them determine the degree of intervocalic /s/ voicing in other dialects, since it is supported by reliable statistical packages to facilitate the explanation of this particular feature in the Spanish language. Thus, they can use it as a referent to develop other studies.

A: For future research, researchers may also include other age groups (i.e. younger speakers 15-25 years old) to determine and compare the influences of age/gender in the intervocalic /s/ voicing and provide more sociolinguistic evidence on language variation. It is always interesting to consider different social factors that influence the way people use a given language!

Q: How has your research enriched your graduate studies?

A: Research on sociolinguistics has helped me to learn and understand the complexities and variations of the Spanish language. I had no idea that languages could be analyzed from social points of view using actual scientific approaches and methodologies. Dr. Jim Michnowicz’s mentoring and teachings have been crucial for me to achieve these research skills.

Q: What do you intend to do after you complete your graduate studies?

A: Considering that I have been teaching languages since 2007, I think I want to continue my teaching career. I want to get some extra international experience and maybe get a Ph.D. in Applied Linguistics. I also want to become proficient in French and Portuguese by taking language courses in France and Brazil.

Q: What advice would you give to students starting research for the first time?

A: People are usually scared of dealing with statistics and numbers in general terms, but there is nothing to be afraid of! The program has awesome faculty who will guide you as much as they can to help you succeed in the area. I personally believe that your learning in the target language becomes stronger when you actually collect, analyze and discuss linguistic data yourself. 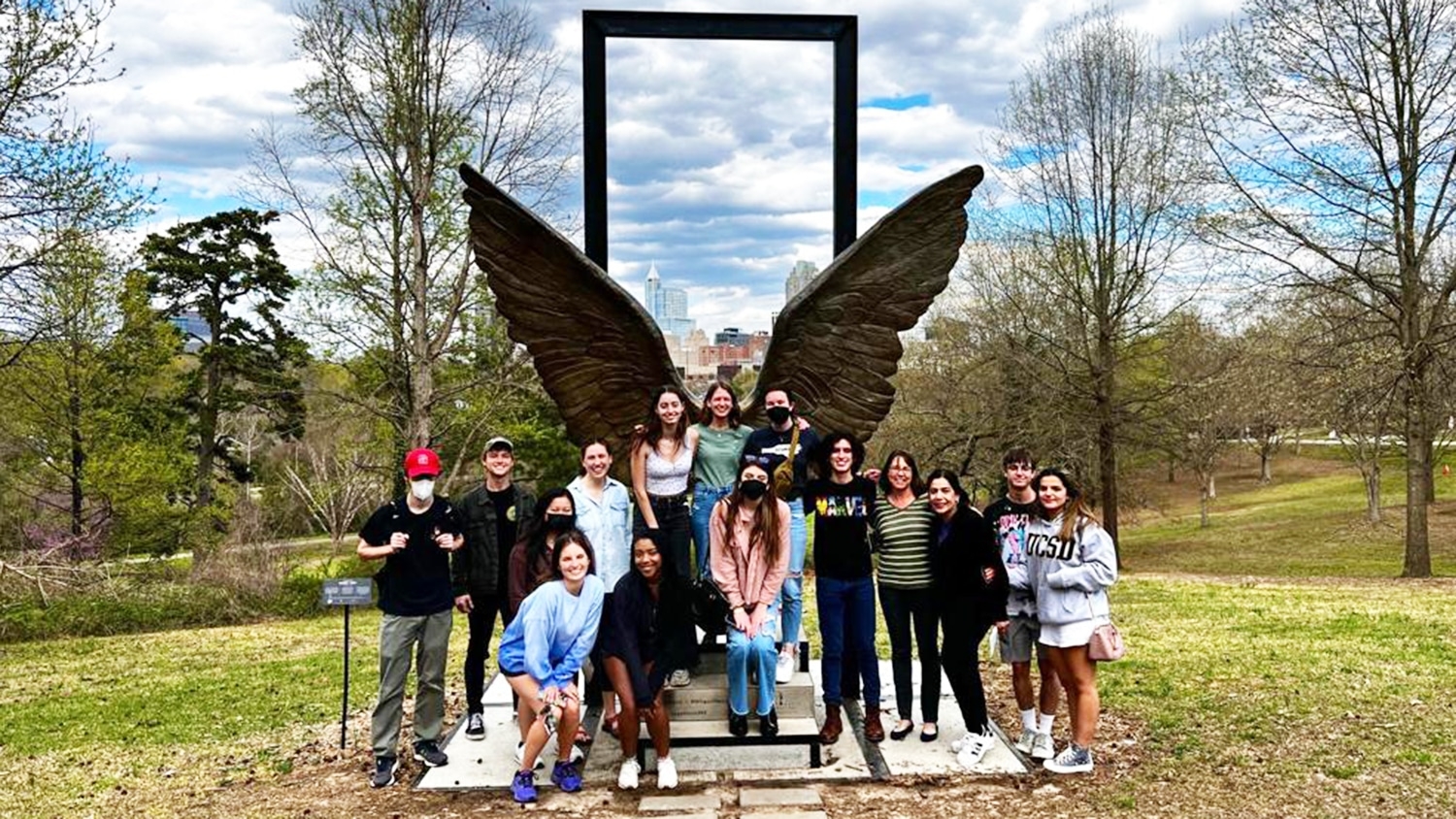